It’s three in five seasons for the Limerick kingpins as they saw off Waterford outfit Ballygunner by seven points in front of 2320 spectators at a bitterly cold Semple Stadium.

Shane O’Neill’s Na Piarsaigh were brilliant after half-time, as they added another Munster crown to those annexed in 2011 and 2013.

Na Piarsaigh trailed by 1-04 to 1-07 at the interval but they were a different outfit after the break.

A run of five unanswered points began their second half assault and after hitting the front, the winners never looked back from there.

Ballygunner rallied to within two points when Brian O’Sullivan netted a late goal but Na Piarsaigh finished with a flourish as Limerick ace Shane Dowling, scorer of 1-04, rattled home a brilliant goal in the final minute.

Na Piarsaigh went into battle without county star Kevin Downes, ruled out through concussion after taking a blow against Thurles Sarsfields last weekend. 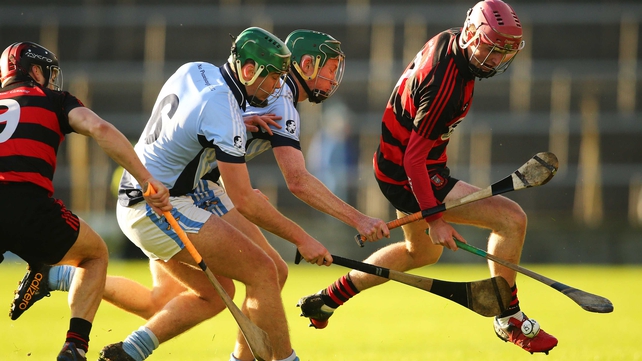 But there was a second-half boost when David Breen came off the bench just days after having pins removed from a wrist injury this week.

Breen played a big part for Na Piarsaigh down the home straight against a Ballygunner side operating without the Mahony brothers – Philip suspended and Pauric injured.

And yet the Gunners, playing with the breeze, had the better of the first-half exchanges and were full value for their interval lead.

David Dempsey netted the opening goal of the game for Na Piarsaigh in the 20th minute, an avoidable concession from a Ballygunner viewpoint as nobody dealt with Mike Foley’s crossfield delivery before Dempsey pounced.

But Ballygunner hit back with a goal of their own in the 28th minute, Tim O’Sullivan on target, before Brian O’Sullivan bagged his fourth point of the opening half (from a 65).

Ballygunner had shown the greater appetite for battle in that opening period but Na Piarsaigh were a team transformed for the second half.

And their victory sets up an All-Ireland semi-final meeting with Leinster champions Cuala or Oulart-the-Ballagh in February. 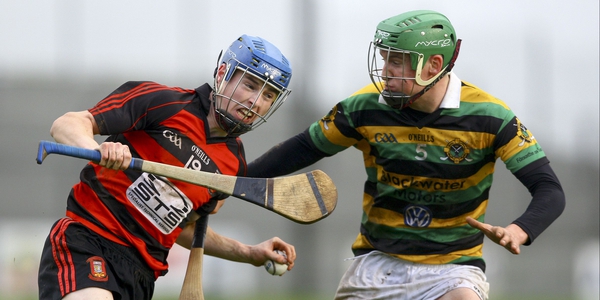