Joe Kernan claimed Ireland's entertaining International Rules victory at Croke Park breathed life into the game and admitted he'd love to take the reins for a rematch with the Australians next year.

Ireland regained the Cormac McAnallen Cup thanks to a 56-52 win and afterwards Kernan insisted the hybrid sport had a bright future.

"Without a shadow of a doubt [there’s a future for the game]," said the Armagh man. "The players want to play it, the people here enjoyed it, I think we played good football. It was exciting. I’d certainly [be up for managing next year]."

Ireland were 20 points up at the halfway point, but the Aussies rallied to make it a nervy finish for the hosts.

“I didn't enjoy the last quarter, it was very nerve-racking," Kernan admitted. "We had lost our composure and our shape but the boys at that stage had given everything they had. It was unbelievable the effort they put in and we played some lovely football at times. We won against a fantastic Australia team and I’m already looking forward to next year.

"They never throw the towel and they've adapted to this game well: their fielding, their kicking is unbelievable. We’re delighted to win."

Australia's assistant coach Tadhg Kennelly echoed Kernan's sentiments and highlighted the importance of both countries selecting their best players as the key to a successful series.

Kennelly - who had a sparkling AFL career spanning 10 years before returning to his native Kerry and helping them to win the 2009 All-Ireland title - said: "It was a great contest that truly keeps the series alive. It's been going for 30 years and there's a reason it works when you get the best players playing for both countries. When that happens you get a contest like this tonight.

"Defensively in the first half we really didn't play. In the second half it was a sifferent story. We had opportunities. If there was another game in it we’d be fancying ourselves.

"The contest and concept works. As long as we get the best from both countries playing we’ll get the contest that we had tonight. I’d love to see two or three games played." 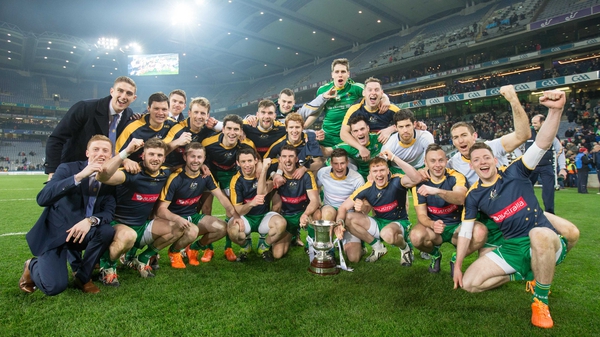 Ireland hold on for Rules win over Australia