The heavy rain that had fallen throughout the day made conditions very difficult and contributed to the low scoring, with many kicks failing to travel the expected distance.

Portlaoise were unlucky when Conor Boyle saw his rasper cannon back off the Sarsfields crossbar.

The Newbridge men made the most of their fortune with a brace of 13th minute points by Sean Dempsey, and Dan Nea followed up five minutes later with a lovely score.

The champions were in front when Craig Rogers brilliantly sent Andy O’Brien the wrong way from the penalty spot after Steven Lawlor had been booked for a foot block.

The defender was very unfortunate to be sent off when receiving a second yellow card, having appeared to have been the innocent party in a needless scuffle after the score.

Sarsfields responded well though and were level by half time (1--2 to 0-5) thanks to points from Sean Campbell and Ray Cahill.

They got their noses in front early in the second half but a Cahillane goal, after a sensational turn had created the opportunity put the hosts ahead once more.

They could never shake off John Crofton’s men though and two Cahill frees brought the sides level before Smith denied them at the death. 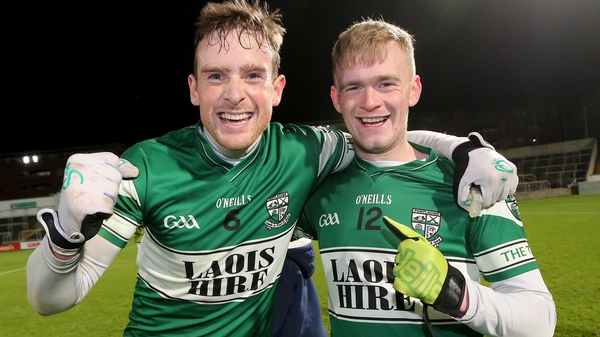