Ireland manager Joe Kernan will unveil his 23-man squad for this month’s International Rules Test against Australia on Wednesday, 11 November.

Ireland take on the Aussies at Croke Park on Saturday, 21 November and Kernan has been running the rule over dozens of players since earlier in the year.

In all 70 players took part in the trials and training sessions since September.

“There has been a great effort shown by the players over the course of the last eight weeks and it is great to see players from all over the country involved and eager to be a part of this,” said Kernan.

“We can see an improvement with every session and the standard is really high.

“We’ve been working with an enlarged squad to be fair to players who were carrying injuries and who had club commitments and it enabled us to have enough players for internal matches.

“Unfortunately injuries and club commitments will rule out some players for consideration – but I am very happy with the calibre of player that we have and I’m very confident that we will have a strong squad that is well prepared for the test with the Aussies.”

Ireland won the last home Test series in 2013, with games played in Cavan and Croker, against an under-strength Australian side.

The decision was then made to reduce the annual series to just a single-game shootout and the Aussies won well at home last year.

The tourists have named an extremely strong squad for this month’s clash and it looks as though Ireland will be up against it.

International Rules seems to permanently be in the dock, be it for too much aggression at one end or lack of competitiveness at the other.

A Shinty International game between Ireland and Scotland will precede the International Rules game at 4.30pm. Tickets are still available.

Ireland will be captained this year by Dublin star Bernard Brogan, the 2010 Footballer of the Year.

Meanwhile, Chad Wingard of Port Adelaide has withdrawn from the Australia squad with a knee complaint.

The All Australian has been replaced by Fremantle small forward Hayden Ballantyne. 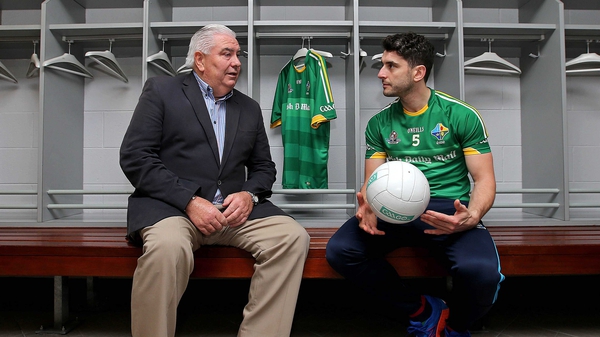