The Mayo county board expects a quick resolution to the "shock" vote of no confidence in co-managers Noel Connelly and Pat Holmes.

The management team faces an uncertain future following a vote of confidence in which just seven of 34 players on the panel voted in their favour.

“It's disappointing certainly and a shock really"

County board PRO Aidan McLoughlin said that two meetings this week will help resolve the situation.

He told RTÉ Sport: “There is a planned meeting of the county board executive [on Wednesday] and following on from that there will be a meeting with some of the board officers and player representatives on Thursday evening.

“Hopefully after those two meetings there will be some sort of outcome.

“It's disappointing certainly and a shock really. The players have spoken and it is up to us in connection and hopefully in association to move this thing forward and get it rectified as quickly and efficiently as possible.

“I haven't been made aware of the reasons behind [the vote of confidence] nor do I think has anybody in the county board.”

It is understood Holmes and Connelly are determined not to resign. This year they guided Mayo to their fifth consecutive Connacht title before losing in the All-Ireland semi-final replay to eventual champions Dublin. 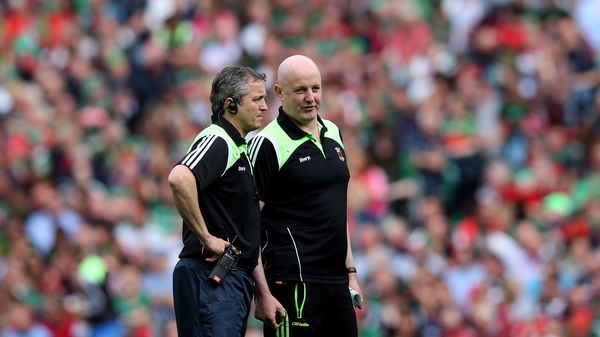