Kerry's eight-time All-Star forward Colm Cooper believes he's back to his best ahead of Sunday's All-Ireland final date with Dublin after missing all of last season through injury.

Cooper ruptured his cruciate ligament and fractured his knee playing for his club Dr Crokes in February 2014.

"Last season was very difficult, from the point of view of being injured," Cooper told RTÉ Sport. "You're used to being out on the field and it was a strange feeling just sitting down on the bench with the lads, not being involved or having any influence on a match.

"I learned a lot from it. It definitely teaches you not to take anything for granted.

"It was great to get back on the field. Starting that first championship game in Thurles was a great relief.

"The knee is feeling great, the body is feeling really good, and I'm delighted to be looking forward to an All-Ireland final.

"I haven't looked back since the summer. The graph is going the right direction and that's all I can ask for."

Cooper took his time to cement a starting place this summer but believes he's been back to something approaching his brilliant best since coming on as sub in Kerry's Munster final replay win over old rivals Cork. 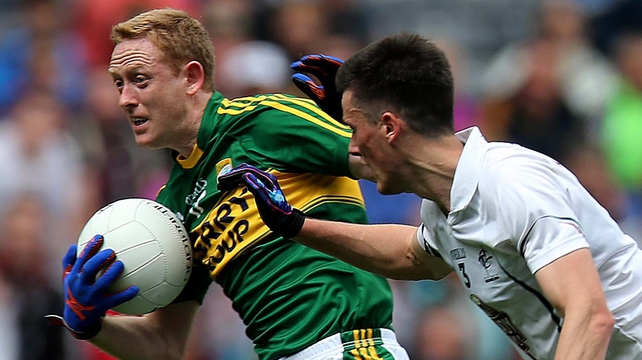 The Gooch then started the All-Ireland quarter-final against Kildare and scored 2-3 as the Kingdom strolled into the semi-finals.

"I'm probably a stubborn person in that I expect standards to remain high all the time and I found I had to work a little bit harder for things this year that I maybe wouldn't have had in the past," he admitted.

"I'm 32 as well, I'm not getting any younger. That took a bit of getting used to but something clicked at the start of the July, things kicked into gear and I haven't looked back since.

"It was around the time Kerry played Cork in the replay in Killarney. I just felt my form was really coming that time. My touch was in, my eye was in.

"My handling was much better, fitness levels had gone that little bit higher and I knew I was performing well in training.

"Luckily for me, I got a chance against Kildare. Unfortunately for Kieran [Donaghy] he got injured on the Saturday before the match and I got the nod.

"Since then I've just kicked on and I'm hoping I might get the nod for the final again and see where that takes us."

As for Sunday, Cooper is under no illusions that Dublin, who Kerry haven't beaten in the championship since 2009, will pose a serious threat to their goal of claiming back-to-back All-Ireland titles.

"Every team we've played so far, from Tipperary to Tyrone, have thrown a different challenge at us.

"And now Dublin, with their power, pace and athleticism... and so much skill with the likes of Connolly, Kilkenny, the Brogans, they have it all over the field.

"So we're very aware of that. We'll be ready for it and we need to bring the rest out of our players as well." 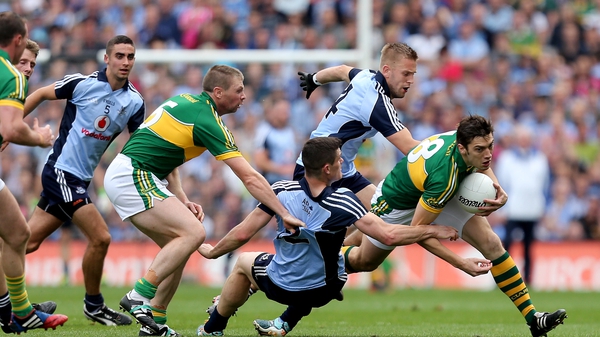