Tipperary dual-star Colin O'Riordan could be on his way to Australia after being asked to attend the Australian Football League Draft Combine in Melbourne next month.

O'Riordan, an All-Ireland minor winner in both hurling and football, represented the Premier County at U-21 and senior level in the big-ball code this year and at U-21 in hurling.

"It's a once in a lifetime opportunity and I couldn't say no to doing something that I love for a living. I would absolutely jump at the chance," the 19-year-old told the Irish Independent.

"When you wake in the morning you want to be going to do something you love, and it's the ultimate dream to be a professional sportsman and get paid to play."

O'Riordan will be joined by Kilkenny's Darragh Joyce, who captained the Cats to minor success in 2014.

Despite the likes of Dublin's Ciaran Kilkenny returning home after brief experiences with the AFL, JK Brackens club man O'Riordan says that he's willing to contemplate the prospect of a long-term career Down Under.

"Of course you're going to miss home but you only get this opportunity once. You'd have to go out there with the attitude that you're setting up for life over there and this is where your future lies," he said.

"If you think you're going to give it a go for two years then you're inevitably going to fail."

Ireland will face Australia in the International Rules series at Croke Park on 21 November. The cross-code competition will comprise a single Test for the second year in succession. 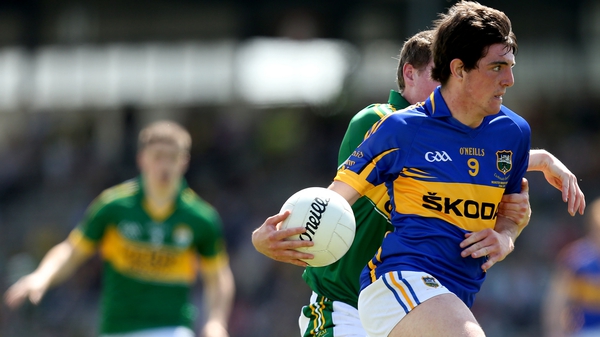