The Cats earned their 36th crown after the win over Galway on Sunday in the All-Ireland SHC final at Croke Park.

The team is expected on stage at the stadium at 6.15pm after leaving Dublin early in the afternoon.

Colin Fennelly told RTÉ that an inspirational speech for Jackie Tyrrell saw the Cats come roaring out of the blocks in the second half to earn the win.

He said: “At half-time we were looking around at each other and we didn't know what to say. Lads spoke at half-time and we opened it up at half-time and we squeezed them. If you want a man to help keep the scoreboard ticking over, it's TJ Reid and he did that the whole way through the game. He was absolutely amazing for us.

“Brian Cody came first at half-time. He said 'look lads we know exactly what is wrong'. He spoke for about a minute or two. That was it. He said 'I'll let you speak amongst yourselves'.

“Jackie Tyrell stood up and he spoke and the hairs were standing on the back of my spine the whole way through as he was speaking.

“He was saying we weren't winning our own ball, what we're bred to do in training. Every training session is absolutely unbelievable work-rate and we weren’t not doing it. There were a lot more things.

“It was unbelievable what he said. The whole place stood up - without an ounce of breath we knew what we had to do.” 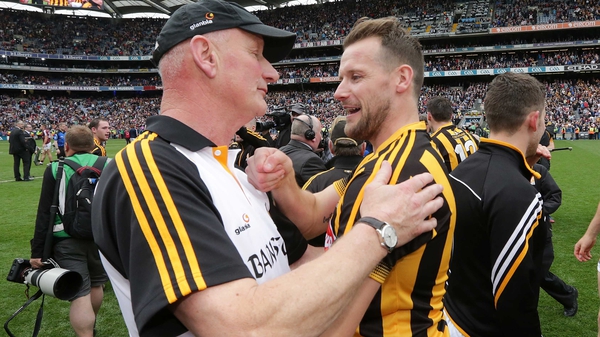