Kilkenny manager Brian Cody has confirmed that Eoin Larkin will be fit to line out in the All-Ireland final against Galway on Sunday 6 September.

Larkin sustained a thumb injury in a training game at the weekend, but Cody told reporters last night that the 31-year-old is available for selection for the final.

However, there are still major concerns about the fitness of Jackie Tyrrell as he tries to recover from a stress fracture of his ankle.

Tyrrell missed the semi-final win over Waterford earlier this month and is rated as doubtful for the clash against Galway.

"He has a stress fracture and he missed out on the semi-final the last day, and he has been in a boot for a few weeks," said Cody.

"He's out of it now and it depends on how he recovers from that and we're not ruling him in or ruling him out at the moment.

"He's just working his way back now and we're hoping he can get back running and can get back doing everything he needs to do quickly, but that remains to be seen. But right now it's just that we don't know.

"We've an open mind on it, he's kept himself (well), he's worked away in the gym, his fitness levels are massive anyway so fitness won't be a problem for Jackie at all.

"It's a question of whether the injury will have healed sufficiently to allow him to do what he has to do, or what he needs to do." 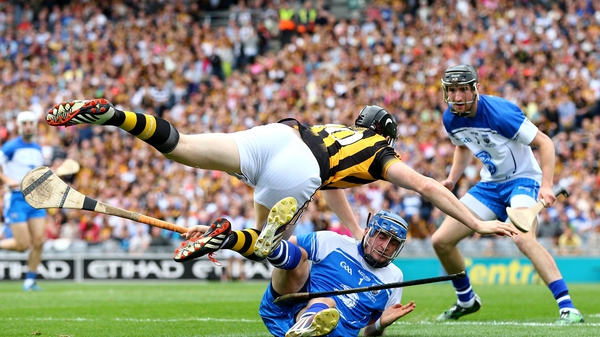