The introduction of Paul Geaney for Kieran Donaghy at half time was pivotal in Kerry's victory over Tyrone in Sunday's All-Ireland SFC semi-final, according to RTÉ analyst Tom Carr.

Geaney helped himself to three points - all crucial scores as Kerry withstood a strong challenge from Mickey Harte's side to reach a successive September decider.

"Kerry's whole change to their play in the second-half was in bringing Geaney on," was how Carr summed up the Dingle player's influence on what was an absorbing tussle at GAA HQ.

"The final will be a far more open game and it will be a footballing game."

"When you win the ball in the middle of the park your first inclination is to look up and see can I find Donaghy. When you know he's not in there you're not going to look up so you're going go to play the ball a little bit more in towards the goal. So when Geaney came in the option was to play in the low diagonal ball rather than the high ball. There was more running off the shoulder and the hand-passing became more slicker."

Carr felt that overall, Kerry were not up to the pace of the game: "Kerry weren't at the pitch of the game and this was emphasised in the lead up to the Tyrone goal," he said.

"They lost an All-Ireland final to Dublin for the very same thing - losing the ball stupidly in an unforced error around the middle of the field. Tyrone go up the field and get a penalty. Kerry could have lost the game only for the scores they got at the end."

"It's very, very difficult to play a proper, open expansive game against a team like Tyrone considering the way they set up, It's just not possible."

"The final will be a far more open game and it will be a footballing game."

Looking ahead to the decider, Tom Carr threw out the possibility that either Dublin or Mayo might "adopt a type of defensive approach to stop Kerry from playing."

"Dublin or Mayo might pull back two players. If you go toe-to-toe with Kerry in playing football I can't see another team beating them." 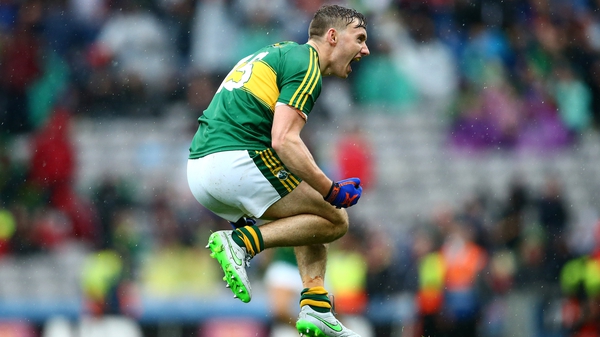 O'Donoghue: Kerry now adept at 'grinding' it out