Cunningham must now focus on getting his charges ready for a decider with Kilkenny after Shane Moloney fired over a point in the third minute of extra time to see the westerners prevail by the bare minimum.

Summing up the Croke Park drama, Cunningham told RTÉ Sport: "It was a fantastic game - a game that had everything. I thought it was two minutes of extra-time and I would have taken a draw certainly. At the end of the day the winner takes everything. There are fine lines in this game and we're eagerly looking forward to the final now."

The Galway boss went on to praise the way his side recovered from Seamus Callanan's three "sucker-punch" goals for Tipperary.

"Seamus got a super goal at the start of the game but I thought we recovered well to get back into it. In the second half we were flying it and then Seamus popped up again. I know I said we'd have taken a draw but I thought we delivered the batter hurling and we deserved to win it at the finish.

"Shane Moloney came on and missed a chance but then recovered very well to hit the winner and that's a great sign of a young lad coming through."

After the loss to Kilkenny in the Leinster final, Cunningham told Cats boss Brian Cody that "we'll meet again in the final."

That now has come to pass and it's a clash that the Tribes boss is looking forward to.

"The might of Kilkenny are next up. They are fantastic team with fantastic players. However, I really believe in my team, it's a team that's improving and we've a good set of young fellas coming through. We will look forward now to preparing for the final." 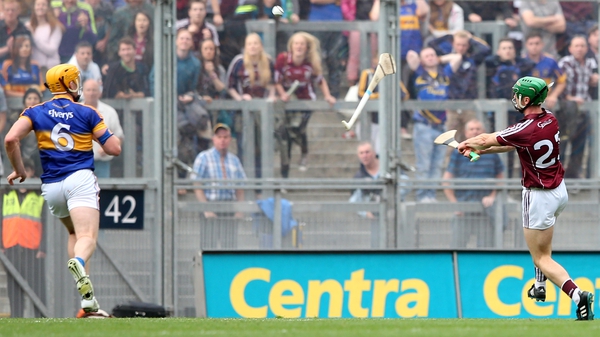