Former Donegal forward Brendan Devenney has claimed Michael Murphy is out of the Round 4 Qualifier clash with Galway.

Devenney let slip on UTV Ireland’s ‘Friday Night Sport’ that the talismanic captain will not feature at Croke Park. “Murphy’s out, 100%,” he said. “They’re keeping him back for the next game.”

The 2012 All Star had been struggling with a knee injury, but Donegal manager Rory Gallagher has named him in his staring 15 for today’s showdown (6pm).

Gallagher is already without former Footballer of the Year Karl Lacey, who limped out of the 0-11 to 0-10 Ulster final defeat to Monaghan after sustaining knee ligament damage. 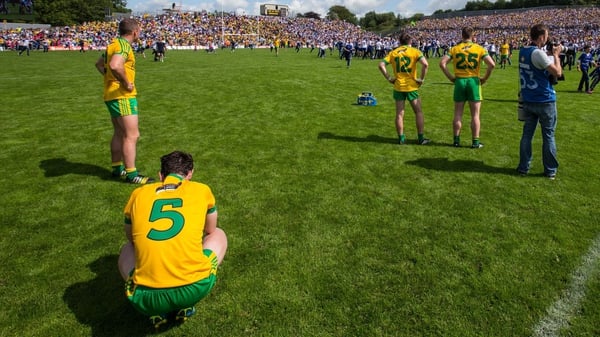