In the distance, Benbulben may have been shrouded in mist but the performance of the Sligo footballers in beating Roscommon and reaching a Connacht final surely lifted any gloom.

Niall Carew's charges were full value for their surprise 1-14 to 0-13 victory at Markievicz Park and can now look forward to a date with Mayo on 19 July.

Pat Hughes was part of a Sligo full-forward line that contributed 1-07, for which Adrian Marren was outstanding.

Hughes explained that the squad had plenty of time to assess the Roscommon threat after John Evans' side made quite a dash during the league in gaining promotion to Division 1.

Speaking to RTÉ Sport, he said: "We looked at the way Roscommon played during the league. They had a great campaign so there was plenty for us to look at. We knew that there would be space out wide - space for us to exploit - and it paid off for us in the first half. In the second half, we had to dig in but thankfully we were able to see the game out."

Looking ahead to the final, the Geevagh clubman is well aware that Mayo will be raging hot favourites but is relishing the opportunity to face a team going for fifth consecutive title.

"We were underdogs coming in today against a great Roscommon team and We're going to be even more of an underdog the next day.

"You have to relish the opportunity to play in a Connacht final. We played Mayo in 2012 final and they got the better of us in a tight game. They then went on to do great things and we ended it up in a  bit of a rut.

"It's great that the challenge is there for us again." 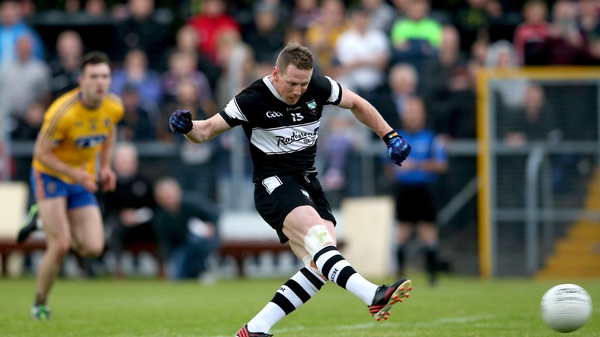