By Declan Rooney at Markievicz Park

Sligo created the biggest shock of the summer so far when they dumped a fancied Roscommon side out of the Connacht SFC at Markievicz Park.

Nial Carew’s men were full value for their victory which sets up a Connacht final meeting with a Mayo side who are bidding for five in a row.

But Roscommon, strongly expected to challenge Mayo for the provincial title this year, will have to regroup for the qualifiers.

Sligo needed a solid start to rattle Roscommon and they got it with Cian Breheny, on his championship debut, and Adrian Marren landing early points.

Roscommon finally got on the scoreboard when Enda Smith pointed after ten minutes with an excellent score.

However, Sligo continued to take the game to the favourites and Pat Hughes extended their lead before Marren kicked his second free and Sligo began to have real belief as they opened up a 0-04 to 0-01 lead.

Roscommon were struggling to impose themselves but Cathal Cregg and a free from Ciaran Murtagh cut the gap to the minimum ten minutes before the interval.

But the hosts were clearly up for the battle and they took charge again from there to the break, with Marren adding another free after the impressive David Kelly was fouled. 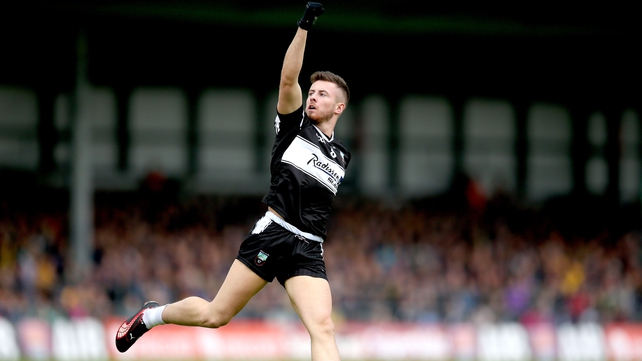 Ciaran Cafferkey responded with a fisted point for the Rossies but three minutes from the break Sligo struck a telling blow when Marren blasted home a penalty after Neil Collins was fouled.

Carew's men suffered a set-back when Criostóir Davey was black-carded before the break but they went in leading by double scores at 1-07 to 0-05 when Hughes landed another point.

Cathal Cregg hit a point just ten seconds after the restart for Roscommon but Sligo met the challenge head-on and Marren and Cian Breheny extended their lead.

Donie Shine had to be content with a point from a goal effort before Marren set up Cian Breheny and he put six points between the sides.

Roscommon, however, kept chipping away at the Sligo lead with Enda Smith leading the way but they never looked like catching the Yeats County who continued to grow in confidence right to the end. 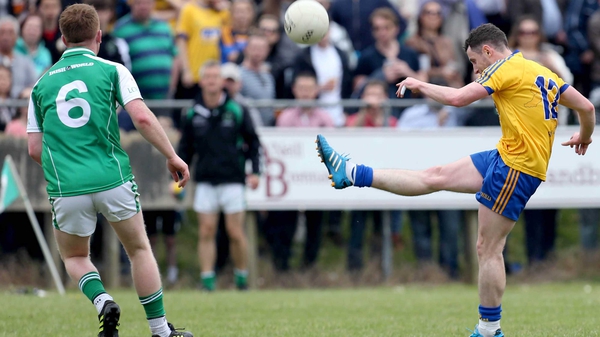