Before Roscommon’s Connacht SFC encounter in Ruislip manager John Evans said London wouldn't be a pushover and he was proved right as Evans declared his satisfaction with the work-out after the Rossies were made to battle before booking a semi-final against Sligo on 20 June.

Speaking to RTÉ Sport following the 1-14 to 0-10 win, Evans said: “The day of coming over to London and pulverising the green jersey is well gone and under [manager] Paul Coggins every guy is enthusiastic.

“We had a few goal chances as well. At the end of the day we were delighted to get a tough game and delighted to win it. London were no pushovers and they can be proud of their effort today.”

Roscommon led 0-11 to 0-05 at the break and stretched that lead further when Ciaran Murtagh scored a superb goal soon after the resumption.

However, London soon demonstrated some stubborn resistance at the back and also moved the ball forward with some joy as Lorcan Mulvey scored five second-half points for the Exiles.

Roscommon though kept some breathing space between the two sides as London huffed and puffed but couldn’t provide the clinical edge to reel back Evans' charges.

Evans conceded there’s still a bit of work to do before the semi-final, adding that Sligo would represent a really “tough” challenge.

“We know full well it was a difficult last few weeks. We had county championship football and the rest and trying to get ourselves right after winning Division 2," said the former Tipperary manager.

“We had to try and get the handle on the right frame of mind. It was difficult but we’re certainly there now. 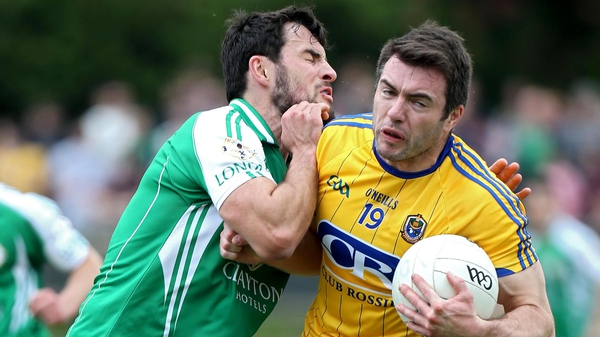