Mayo remain on course for their fifth Connacht title in a row as the Green and Red defeated Galway by four points in Pearse Stadium.

Galway produced the moment of the game a minute before half-time as Gary Sice scored an early contender for goal of the year, beating David Clarke with a fierce shot as the sides went in level at half-time.

The home side grabbed another goal through Danny Cummins but Mayo proved too strong with Cillian O'Connor kicking nine points for the visitors.

After a scrappy opening few minutes, Mayo took control and led 0-05 to 0-02 after 19 minutes with four of their points coming from O'Connor's frees.

Galway rallied with Damien Comer to the fore. His run through the defence drew a free which Paul Conroy tapped over after 20 minutes.

Comer supplied Danny Cummins a moment later before the Annaghdown man kicked the next score himself to level proceedings in the 22nd minute.

Mayo kicked the next two points before Sice's moment of brilliance. The Corofin man collected a Conroy pass on the 45 and ran towards goal. He jinked inside Tom Parson before rifling an unstoppable shot into the top corner. 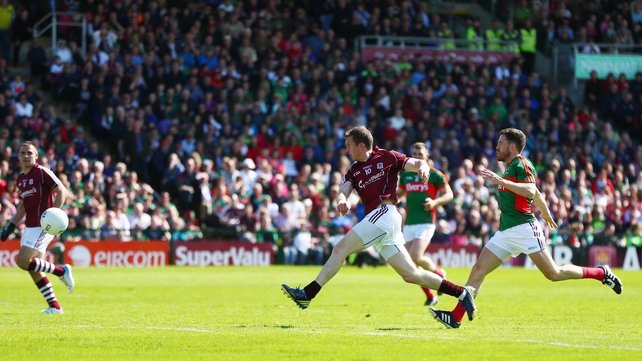 The goal put Galway a point up but O'Connor ensured parity at half-time with a free making it 1-05 to 0-08 at the break.

Mayo moved up in gear after half-time with O'Connor splitting the posts again before a calamitous own goal from Finian Hanley saw them lead by four points.

Hanley’s calamity came after Aidan O'Shea charged at the defence but lost possession. The ball fell to Breathnach but his clearance cannoned off Hanley and into the net.

Galway got a lifeline in 53rd minute as Cummins fisted the ball home after Peadar Óg Ó Gríofa hand-passed across the goal to Cummins who found the net.

Then Sice's free in the 55th minute left just two points between the teams, but that was a close as the Tribesmen got to the visitors.

Sparks flew as the clocked ticked down with two dismissals in the closing minutes. Hanley went first when he was initially shown a black card in the 67th minute, however, having been yellow carded earlier, referee Padraig Hughes then produced a red card.

Comer and Lee Keegan clashed in injury-time resulting in a fracas for which Keegan was shown a second yellow.

But it mattered little as Mayo march on and await the winners of Sligo and Roscommon in the Connacht final on 19 July. 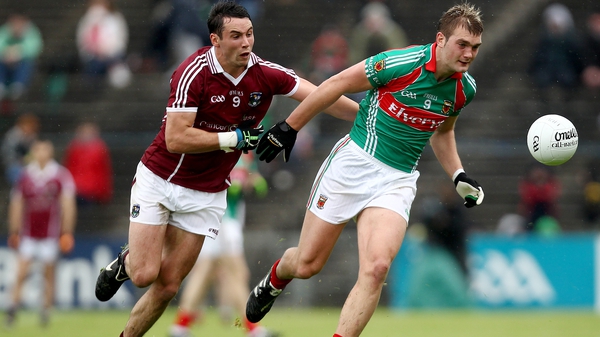