Clare selector Ephie Fitzgerald felt that keeping their noses in front against Limerick paved the way for their Munster SFC quarter-final win.

The Banner County led from the sixth minute to full-time and Fitzgerald said that tacking on scores as Limerick mounted a comeback, and some excellent defending, was essential to their progress.

Speaking after the 0-15 to 0-13 victory at Cusack Park, he told RTÉ Sport: “We got a couple of vital points at different stages to keep us two ahead and we always had something to cling on to.

"If they had got level it possibly would have been more difficult for us but being able to keep that lead was probably vital in terms of the overall result.

“I thought their tackling in the first half was absolutely fantastic. We put them under a lot of pressure.

“I think Limerick only scored a point from play in the first half, from a corner-back, which was testament to the amount of work our guys were doing.

“I thought their tackling in the first half was absolutely fantastic"

Next up is a semi-final against Cork and Fitzgerald knows that they will go in to the Páirc Uí Rinn clash on 14 June as major underdogs.

“Cork will be strong favourites going into that match,” he said.

“We’re not under any illusions but we’ll go away and we’ll prepare and if we can get some of the injured guys back it will give us a stronger panel to pick from.

"Hopefully we’ll go down there and give a good account of ourselves.

“Overall we have to be pleased, number one: with the win, number two: the application of the players, which I think was excellent.” 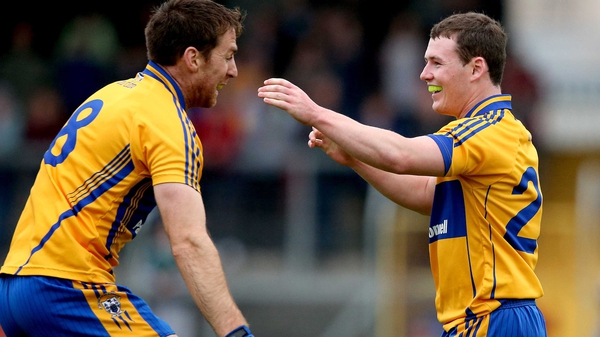 Clare hold off Limerick to book date with Cork