By John Fallon at Cusack Park

Clare survived a storming second-half Limerick comeback to qualify for the Munster Senior Football Championship semi-final against Cork after a 0-15 to 0-13 win at Cusack Park.

Clare led by 0-09 to 0-04 at the break after a dominant opening period but Colm Collins' side needed two late points from former hurler Cathal McInerney to hold on for the win after Limerick goalkeeper Brian Scanlan landed a late 45 from the touchline.

Led by Ian Ryan, Limerick rallied well after the restart but the deficit at the break proved too much to overturn for a Limerick side that never led after the sixth minute

Clare should have been well clear before McInerney's late heroics, but a strong third quarter from Limerick left the Clare faithful worried as full-time approached.

Straight from the throw in Clare captain Gary Brennan put his side on the front foot when he carried strongly through the heart of the Limerick defence and pointed after 25 seconds. 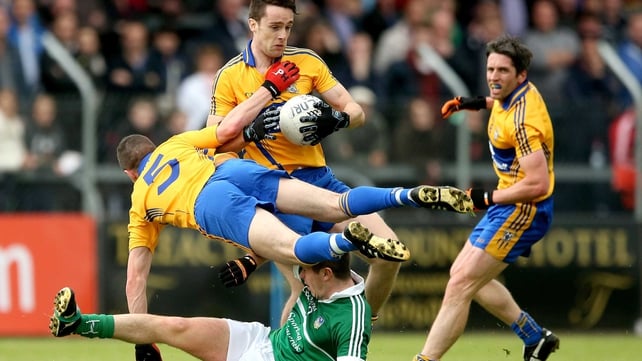 John Brudair's side needed to keep in touch with their hosts from the off and corner-back Robert Browne landed a point from play a minute later to level matters.

The Treaty men defeated Clare by double scores when they met during the national league Division 3 campaign earlier this year and they pulled ahead in the sixth minute when Ian Ryan kicked a free following a foul by Dean Ryan on Ryan.

In the early exchanges Limerick broke even at midfield, but as the first-half progressed Gary Brennan and Cathal O'Connor began to rule the middle third for Clare.

Eoin Cleary fisted his first point in the seventh minute to draw Clare level and five minutes later the home side pulled ahead once again when Shane Brennan blasted over the bar, although perhaps there was a goal there for the taking.

The Clare midfield duo were experiencing almost total domination at the end of the first quarter and after Gary Brennan linked well with Jamie Malone, the captain kicked a wonderful point from 45 metres out to give Clare a 0-04 to 0-02 lead.

But O'Connor wasn’t to be bettered by his colleague and he landed a 45 for Colm Collins' side, before the manager's son, Podge, kicked Clare's fifth point in a row after he took on and beat three Limerick defenders. 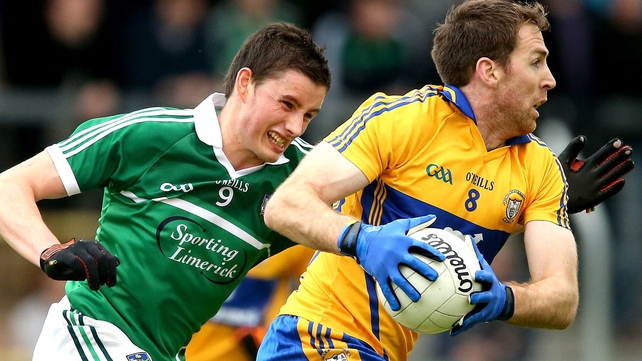 The game was threatening to run away from Limerick at that point, but goalkeeper Brian Scanlan kicked a long-range free to settle his side ten minutes from half-time and he split the posts again in first-half injury time from a 45.

However, in between the two points from the Limerick stopper, Clare added three of their own, firstly Eoin Cleary pointed from long-range before Gary Brennan landed his third and fourth points of the half to give Clare a comfortable advantage at the interval.

Despite leading by 0-09 to 0-04 at the break, Clare needed to start the second period strongly, especially after the loss of impressive wing-back Shane Hickey at the interval.

And Jamie Malone brought Clare's tally into double figures less than a minute after the restart, which put six points between the sides.

But Limerick had their period of dominance too and after Peter Nash trimmed the Clare lead in the 37th minute, Stephen Cahill added another for Limerick a minute later.

Sean Collins put a brief halt to that charge with a good score from the home side, but it wasn’t long before Limerick hit back again. Ryan kicked his second free after 43 minutes and moments after Clare's Jamie Malone was shown a black card Nash kicked his second point of the half to leave it 0-11 to 0-08. 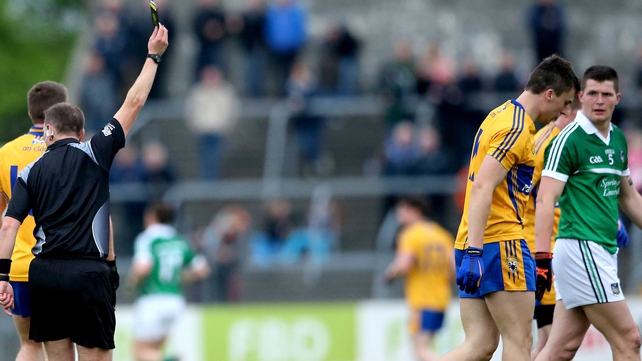 Crucially though, Limerick landed three points in three minutes as Ian Ryan and Cian Sheehan began to find their range, which put just a point between the sides.

Eleven minutes from time Donnelly landed his second point, a huge score from 40 metres to put Clare two point up again, but Ryan – showing some of his old magic – put the minimum between the sides again with nine minutes left.

But with four minutes left on the clock, former Clare hurler McInerney landed a free from the right which restored the two-point advantage, but he needed another score late on after Scanlan landed a monster kick from the sideline for Limerick. 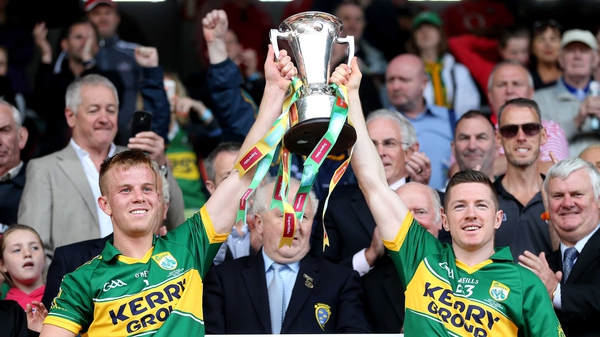 Munster football: Kerry set for yet another title