Galway justified favouritism and set up a mouth-watering Connacht semi-final with Mayo on 14 June after they breezed past Leitrim at Pairc Sean Mac Diarmada.

The Tribesmen had already accounted for New York in the preliminary round and captain Paul Conroy hit six points but they failed to live up to their billing as provincial contenders.

Leitrim hadn’t beaten Galway in the championship since 1994 and didn’t look like altering that stat when they trailed 1-07 to 0-06 at half-time after playing with the breeze.

With three of the Corofin All-Ireland-winning contingent present in their starting XV, Kevin Walsh’s men provided all the aces and a 33rd-minute goal from Damien Comer sealed the win.

Conroy slotted Galway’s first from a free in the third minute. Leitrim captain Sean McWeeney drew them level before Ronan Kennedy put the hosts in front.

However despite their endeavour Leitrim’s lack of fire-power was the real difference. Michael Lundy levelled it with a sumptuous effort and it was 1-05 to 0-01 in favour of Galway over the next 18 minutes.

Conroy hit three from frees and one from play with Peadar Óg Ó Griofa also adding from the placed ball.

Tribesmen forward Danny Cummins had a disallowed goal in the 27th minute for a square ball but Comer drove home their advantage after the half-hour.

He rose highest to claim another ball in front his man, turned in the air before blasting home a tonic goal.

Galway were leading 1-07 to 0-03 with the clock ticking into injury-time but Leitrim hit three points before the break. Fergal Clancy, Kevin Conlon and McWeeney all found the target as they went in trailing 1-07 to 0-06 at the interval.

The second-half was a dour affair with Leitrim failing to register their first score until Conlon kicked his third of the day in the 64th minute.

By that stage Galway were out of sight however they weren’t impressing either and the score was 1-10 to 0-07 in their favour.

Gary O’Donnell, Conor and Comer scored while further efforts from Cummins (two) and substitute Patrick Sweeney ensured it was comfortable. 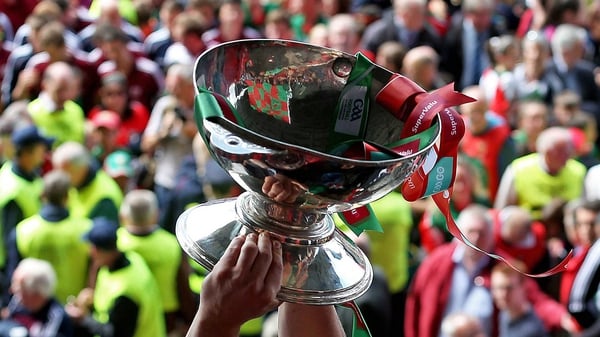