RTÉ Sport has confirmed the 31 games it will show live on television with coverage set to begin in a week, starting with the Ulster Championship clash of Donegal and Tyrone.

Championship 2015 coverage was launched with a special Sunday Sport broadcast from RTÉ Studios in Dublin, Ballyhale Shamrocks in Kilkenny and Austin Stacks in Tralee.

Ten-time All-Ireland winner Henry Shefflin, who was in Ballyhale, will make his debut as a hurling analyst. He outlined his excitement at seeing the action from a different perspective.

The 31 live games on The Sunday Game will be broadcast in High Definition, and will include six provincial Finals, four All Ireland senior quarter-finals, plus All Ireland senior semi-finals and finals in both hurling and football.

The Sunday Game live programme  kicks off on Sunday 17 May with action from Ballybofey, where Ulster champions Donegal face Tyrone. Presenter Michael Lyster will be joined in Ballybofey by Colm O’Rourke, Joe Brolly and Pat Spillane for live coverage.

Now in its 37th year, The Sunday Game evening highlights and analysis show will also return with presenter Des Cahill in the chair every Sunday night through the summer.

The #SundayGame on @RTE2 has 31 live games in HD across the summer - starting with Donegal v Tyrone May 17! pic.twitter.com/y1NaqR26px

Shefflin will make his Sunday Game Live debut on Sunday 24 May from Semple Stadium, when Clare take on Limerick in the Munster quarter-final.

The programme will have highlights of up to 100 games throughout the season providing definitive analysis every Sunday of the Championship summer.

RTÉ Radio 1 will offer the very best action in hurling and football with a comprehensive range of commentary and analysis right through the summer.

It will have exclusive national coverage of the top match on Saturday Sport and Sunday Sport. There will be full commentary on more than 30 matches across the Championship season as well as reports and updates from every other match.

The Radio 1 team of commentators will include Ger Canning, Darragh Maloney and Pauric Lodge as well as our GAA correspondents, Marty Morrissey and Brian Carthy.

In addition to all the live action, Brian Carthy’s magazine programme, The Championship, will return to RTÉ Radio 1 on Friday 15 May at 10.00pm.

RTÉ Radio 1 bulletins throughout each weekday on Morning Ireland, Today with Sean O’Rourke and Drivetime with Mary Wilson will also have all the breaking news and all the issues that matter to the fans who follow the Championship, with extensive analysis and debate featuring also on RTÉ 2fm’s daily sports programme, Game On.

The weekend sports schedule features Spórt an tSathairn at 2pm on Saturdays and Reacaireacht an Tráthnóna at 6.30pm for evening fixtures. On Sundays, Spórt an Lae will broadcast at 2pm, and a roundup of results can be heard in Spórt an Domhnaigh at 7pm.

Across its digital platforms, RTÉ Sport will have reporters at every single game in 2015 and live updates on every score via RTE.ie and the RTÉ News Now app.

Each week there will be columns from an unrivalled cast of football and hurling analysts, as well as features, videos and a weekly Championship podcast on iTunes and Soundcloud.

Fans around the world can keep up to date on every game via @rtegaa on Twitter, join the debate on The Sunday Game Facebook page, and watch the best of the analysis on RTÉ Sport’s dedicated Youtube channel.

All summer long, the Sunday Game on Instagram will capture the best photos and moments of the Championship. Fans can tag their photos #sundaygame – and the best pictures will be featured on RTÉ Sport. 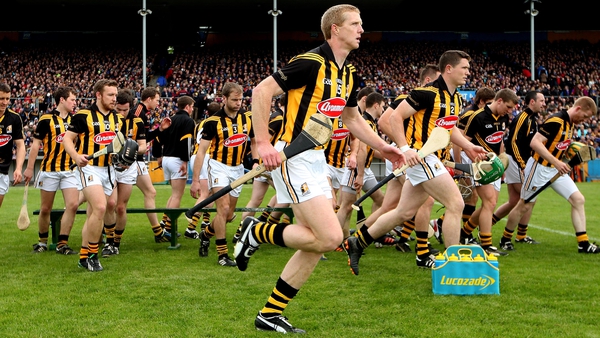