Kevin McStay has said that he will “expect a phone call” in relation to the vacant Mayo job in the wake of James Horan’s decision to step down.

Horan brought his tenure as Mayo manager to an end after his side’s defeat to Kerry in the All-Ireland semi-final replay in Limerick on Saturday.

McStay is among the leading contenders to replace the highly-respected Ballintubber man.

Asked about whether he would be interested in the vacancy on The Sunday Game, McStay said: “People are talking about that. I hope I have the respect of the Mayo GAA public that at least I might get a phone call. I might get a short one or a long one, I don’t know."

McStay was quick to pay tribute to Horan, who won four Connacht titles and brought Mayo to the brink of All-Ireland success in his four-year stint in charge.

He added: "But tonight isn’t really about that. Tonight is about a team that’s taking a deep breath and reflecting on the season that’s behind them. I’ll say this, and it’s not a rallying call or anything, it’s a fact, we’re a very resilient race of people.

"We will be back for the National League and the Championship again with the same determination and maybe even more. You don’t know where this mad game of football leads you. Look at what happened with Dublin and Donegal."

'If I was asked to get involved with Mayo I'd find it very difficult to say no' says Liam McHale.

McStay managed St Brigid’s to the All-Ireland club title in 2013 in a team that also included Liam McHale. The former Mayo midfielder has also expressed an interested in the Mayo setup and could form a ‘dream ticket’ with McStay.

McStay also launched a blistering attack on referee Cormac Reilly's performance in Saturday's match, describing it as "appalling" and stating that the balance of decisions was 70/30 in Kerry's favour. 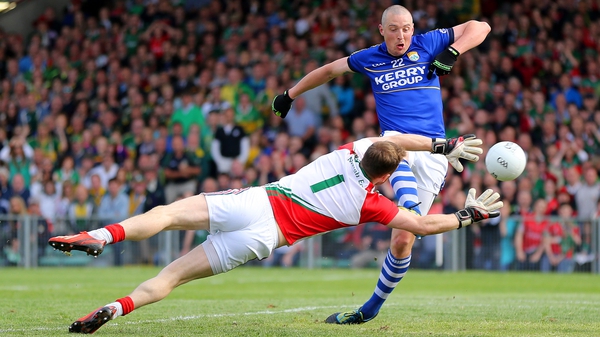