Pat Spillane has laughed off Martin McHugh’s description of Colm Cooper as a “two-trick pony”, telling RTÉ Sport that the Dr Crokes forward is “the greatest footballer” ever to play for Kerry.

Speaking on The Sunday Game, McHugh claimed rising star James O’Donoghue was a better player than Cooper, saying he had 'six or seven' tricks.

“It was in a studio where I have made a lot of stupid remarks but I do think he might regret that,” joked Spillane.

“It was a bit like saying the Pope isn’t Catholic, the earth isn’t round and Neil Armstrong didn’t walk on the moon. It ranks with those three.

“I’ve been that soldier. He started digging and the hole was getting bigger and bigger.

O’Donoghue has been in stunning form this season in Cooper’s absence (cruciate ligament injury) however, and Spillane does believe that the 24-year-old also has the potential to become a Kerry great.

“He has everything. He ticks every box,” said Spillane. “Left foot. Right foot. Very cool guy, very level-headed. Very much a team player, not an individual.

“The balance, and the range of sidesteps, dummies and swerves he has are absolutely magnificent.

“He’s a classic forward. The minute he gets the ball within range of goal, he’s going for a score and that’s what you want. 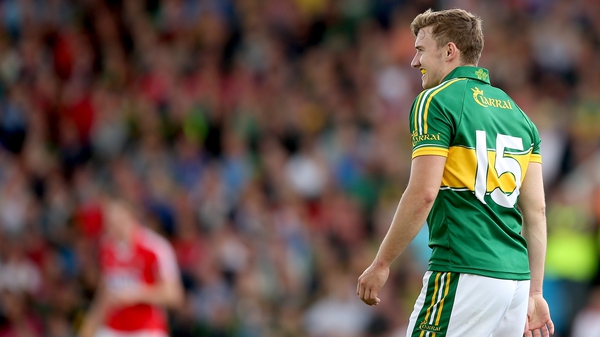