The former Donegal All-Ireland winner, speaking on The Sunday Game, also called eight-time  All Star Cooper a “two-trick pony” while raving about the performance of Legion clubman O’Donoghue, who kicked 1-5 in Kerry’s quarter-final win over Galway and scored 10 points in the Munster final against Cork.

“He’s a better player than Cooper, in my opinion,” said McHugh. “He’s one of the greatest I’ve ever seen.

“Cooper is a two-trick pony but that lad is a six or seven-trick pony.

“He can use the ball differently, he’s got pace, he’s got two feet.

“Kerry were average today, other than O’Donoghue. He’s making the difference.

“He’s a quality player and they’re totally dependent on him at the minute.

Fellow panellists Dermot Earley and Kevin McStay were not quite in agreement with the Donegal man, with Earley saying O’Donoghue “has the potential to be as good as the Gooch but he has a long road to go.”

“Gooch would say 'It’s All-Ireland winning time' and then he goes out and wins them. I couldn’t possibly agree [with McHugh],” smiled McStay.

McHugh’s controversial assertion brought a predictable reaction on reaction on social media, with players and fans alike lining up to disagree.

Hearing about Martin Mchugh criticising Gooch is just laughable! Some pundit ha, but he got what he wanted a few headlines & some attention!

If the Gooch is a "2 trick pony" this is how I feel. pic.twitter.com/5ecMgFiAy8

Martin McHugh's comment re The Gooch is baffling. Cooper is widely regarded to be one of the best forwards of this, or any generation.

Lads @MarkMcHugh1 @McHughRyan have a word with the auld lad 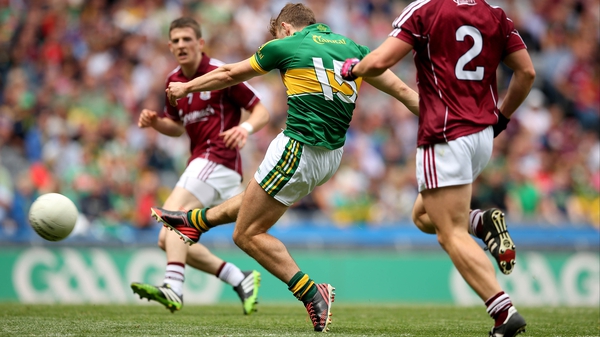