The Rebels finished with 14 men when John Hayes picked up a straight red card in the dying moments of a frustrating day for a Cork side who were always chasing the game.

O’Donoghue kicked 0-10 in a sparkling performance, eight of his total coming from play.

Cork never looked like producing a performance and victory which would have suitably marked the last Munster decider at the venue before it is redeveloped.

Instead, it was Kerry who took a wrecking ball to the Rebels as they cantered to their 76th Munster senior title.

Things had started brightly for Cork with Aidan Walsh and Daniel Goulding pointing against the wind in the opening three minutes but it all went downhill from there.

The return of Johnny Buckley, who scored 0-04, gave Kerry an edge around the middle of the field but it was O’Donoghue, who also missed the semi-final win over Clare, who took over.

He kicked three points from play and added a free as the Kingdom struck for 0-11 points in succession before Cork got their next score.

Paul Geaney, outstanding in his first start against Clare, kicked three excellent points for a rampant Kerry side before Goulding and Fintan Goold got points for Cork just before the interval to leave it 0-13 to 0-05 at the break. 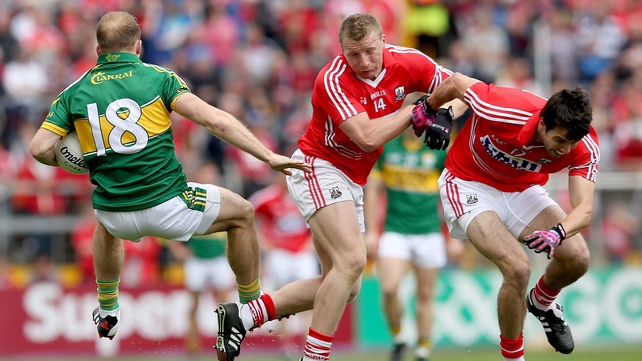 There were hopes of a Cork revival when Brian Hurley landed a free and Goulding hit two more to reduce the margin to 0-13 to 0-08 five minutes after the restart.

But Kerry took control again. Bryan Sheehan stroked over a 45 and then O’Donoghue moved up a gear as he picked off points from all angles and Cork disintegrated.

It could have been worse for Cork but Stephen O’Brien hit the crossbar with a goal effort for Kerry.

However, Eamonn Fitzmaurice’s men continued to pull further ahead as O’Donoghue, Sheehan, Buckley and Donnchadh Walsh kicked points to stretch their lead to 0-20 to 0-09 with nine minutes remaining.

Goulding and Hurley scored consolation points for Cork but Kerry ran out emphatic winners by double scores and, appropriately, it was O’Donoghue who hit the final three points of the rout for the Kingdom. 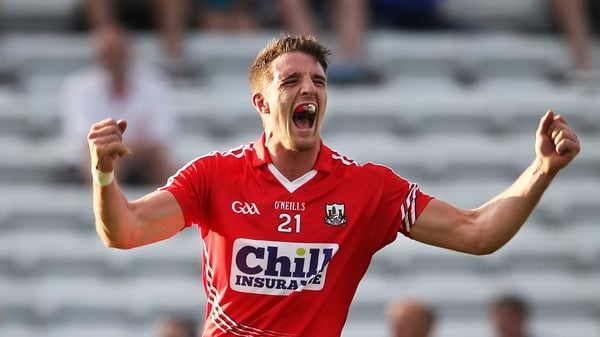