Dublin manager Anthony Daly admitted his relief after the Leinster champions survived a tough test from Wexford to book their place in the provincial SHC decider against Galway or Kilkenny.

“A couple of hairy balls went in around the square [late on],” he told RTÉ Sport, when asked whether Dublin’s 0-22 to 1-14 victory in the semi-final had been comfortable.

“Young McDonald [Conor] is going to be some player. You get the feeling he could have a massive future and he was causing us some problems. So was Liam Og McGovern.

“If we conceded another goal we would have been in trouble.

“It’s a massive fixture. It gets you into the Leinster final and guarantees you a quarter-final spot.

“The reality is, if the draw went against you after losing tonight you’re looking at maybe Tipp or the losers of Clare and Cork so it’s a huge victory for us.”

“It’s a fourth Leinster final in six years so I’m delighted for the boys.”

Daly suggested that corner-back Mark Schutte, who went off injured early on, might have dislocated a shoulder.

Wexford manager Liam Dunne lamented his side's failure to convert scoring chances but said he was proud of their display.

“I’m disappointed but we were beaten by a better team on the night," he said. "Dublin took their scores better than we took our chances.

“I can’t fault the lads for the effort they gave tonight but against the likes of Dublin, the Leinster champions, you have to take every opportunity you get and we didn’t take them.

“We have a young team. They desperately wanted to get to a Leinster final and we came up short but these guys will learn from that."

Wexford captain Matthew O Hanlon described the loss as “bitterly disappointing”, and said that his team had gone into the game confident that they could win it.

"After getting a draw here last year, before losing the replay, we really believed in ourselves," he said.

“I don’t think we did ourselves justice. Dublin pulled away and their keeper made a few saves.

“That was the turning point really, we had to get one of those [goal chances], and we were in with a shout but unfortunately not.

“At this level you have to be clinical and take your chances, and maybe we weren’t up to par on that.

“Everything Dublin hit seemed to be going over the bar so it’s very disappointing on our behalf.” 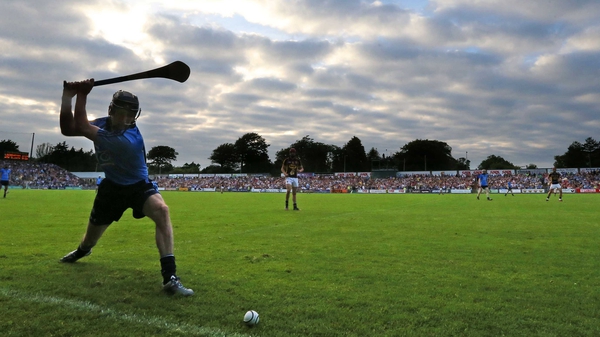