GAA Director General Paraic Duffy has said that solving the club fixture problem is the most important issue the organisation faces, and advocated a new rule which would compel counties to complete their competitions by the end of October.

In a hard-hitting closing section of his annual report, Duffy said that “an unreflecting self-satisfaction” had become the norm when speaking about the role of clubs in the GAA.

He added: “Is there not more than a hint of hypocrisy in our celebration of the club while refusing its players a fair and reasonable calendar of fixtures? It’s actually a matter of genuine puzzlement that we have let ourselves be caught in this double standard.

“All of us come from and are associated with clubs; we know that clubs are the Association, and yet we refuse the majority of players of Gaelic Games – i.e. those who only play club hurling and football – a consistent, coherent and fair set of fixtures for the year.”

Duffy concluded by saying that it is “it is time to convert fine words into decisive acts. At the level of the organisation, the club-fixture issue is, to my mind, the most pressing on that we face.”

In a special section of the report, Duffy advocates the introduction of a rule which would impel county boards to complete their county championship by the third Sunday in October or else face exclusion from the provincial club competition.

Doing so would mean club competitions would conclude before the end of the calendar year.

Furthermore, in his wide-ranging report to Congress, Duffy has said that one of the low points of 2013 came in April, during the Allianz Football League clash between Dublin and Donegal in Ballybofey.

He stated that there is agreement on the fact that Donegal player, Paddy McBrearty sustained a severe bite to his arm.

He said that was a disgusting and shocking incident in itself, but what is just as reprehensible, he says, is that no one could be held to account for what happened.

He said the Central Control Competitions Committee (CCCC) investigated the matter but was greatly hindered by the absence of video and other evidence.

He also stated that the counties involved may have chosen to deal with the incident solely in terms of their own interests but they did not emerge with any credit and succeeded only in damaging the Association. 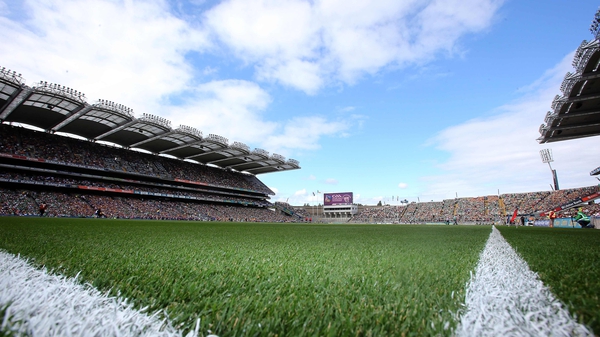