Ireland International Rules manager Paul Earley has admitted that preparations for the two-Test series against Australia are being hampered by the Club Championships.

One of the potential clashes involves captain Michael Murphy, whose Glenswilly side are due to play Killybegs in the Donegal county final the day after the first game against the Aussies on 19 October in Cavan.

Earley told RTÉ Sport: “There is no denying [that it makes logistics difficult].

"Club Championships have been pushed back and back later in the season over the last number of years.

“We have a lot of players who are still involved in club Championship and that make it difficult to pick a final squad because you just don’t know week to week if fellows are injured or if they’ve progressed through the club and we’ve tried to be as fair as possible with all the players.

“Obviously, they are hugely committed to their clubs and make sure that the training load isn’t too much on them.

"When they come down to training we assess to see have they trained the night before with the club or if they have a match in a few days’ time."

Murphy should find out later today if the Donegal final will be postponed, allowing him to play a full part in the first Test.

"We trying to manage that, it’s challenging but we have to do what we can.”

Ireland play Australia on Saturday 19 October in Breffni Park, Cavan and in Croke Park on 26 October, both games throw-in at 7pm. 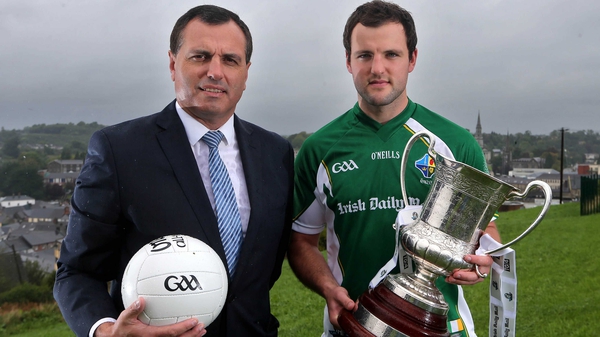