The 2012 All-Ireland winning captain will lead Ireland’s campaign in both Cavan on 19 October and seven days later at Croke Park as the hosts look to retain the Cormac McAnallen Cup won in Australia two years ago.

As well as naming Murphy as captain, the Irish team manager also presented Ja Fallon at the press conference in Cavan as his new selector ahead of training and preparation being stepped up in the coming weeks.

Earley said: “I am delighted to confirm that Michael will serve as Irish captain for our two games against Australia in this year’s Irish Daily Mail international Rules Series, and we have every confidence that he will bring his renowned leadership skills to bear on the Irish team in much the same way that he has on the Donegal set up in recent years.

“It is fitting that an Ulster man will lead the Irish challenge as the series begins in that province and in addition to his very obvious leadership qualities, we are also looking forward to seeing him leading by example in his attacking play.”

Meanwhile, Murphy said: “It is a massive honour to be involved with the Irish team, never mind accepting the accolade to lead my country as team captain.

“I have enjoyed immensely the experience of pulling on the Irish jersey in the past and I am especially looking forward to playing with the best footballers from our game against the visiting Australian team over the course of the two upcoming tests.” 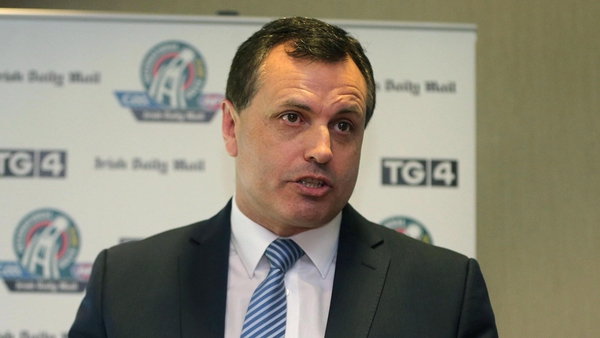