Reigning All-Ireland Doubles champions, Dessie Keegan and Joe McCann (Mayo), continue the defence of their crown this Saturday when they take on Wexford’s Gavin Buggy and Paul Lambert in the GAA Handball 40x20 Senior Doubles quarter-final.

The Model County pairing have been the talking point of the doubles championship so far, recording an outstanding victory over Dublin’s Eoin Kennedy and Egin Jensen during their Leinster campaign.

‘We’re expecting a really tough game against Wexford,’ said Keegan. ‘They’ve come through some really hard games and that will stand to them, so we know we have to be on the top of our game.’

The clash takes place at the St Coman’s venue in Roscommon, with the club’s own Marianna Rushe taking on Wicklow’s Patricia Doyle in the Ladies Senior Singles quarter-final, which is the first match on the two-game programme.

Rushe picked up the Connacht GAA Writers Personality of the Month for January, following her success at the World Collegiates in Tempe, Arizona, and will be hoping to continue her championship bid this weekend.

At Kingscourt on Saturday, last year’s defeated finalists, Paul Brady and Michael Finnegan (Cavan), face the formidable partnership of Kennedy and Jensen (Dublin), with Antrim’s Aisling Reilly kicking off the action against Roscommon’s Katie Costello in the Ladies Senior quarter-final.

In the other two women’s deciders, Kildare’s Anna Spence takes on Ashley Prendiville from the Kingdom, while fellow Kerry women Maria Daly is in action against Roscommon’s Leona Doolin.

With eight-time champion, Fiona Shannon (Antrim) taking a few months out, the Ladies Championship is wide open this year, with plenty of competitive action in store this weekend.

Shanks is in top form at present and having dispatched of Westmeath’s Robbie McCarthy last Saturday, the Armagh pair went on to record a comprehensive victory over Vinny Moran and Campbell Brennan (Mayo) on Sunday afternoon.

However, Sheridan and Carroll are a lethal combination and are favourites going into the clash, particularly with home advantage. 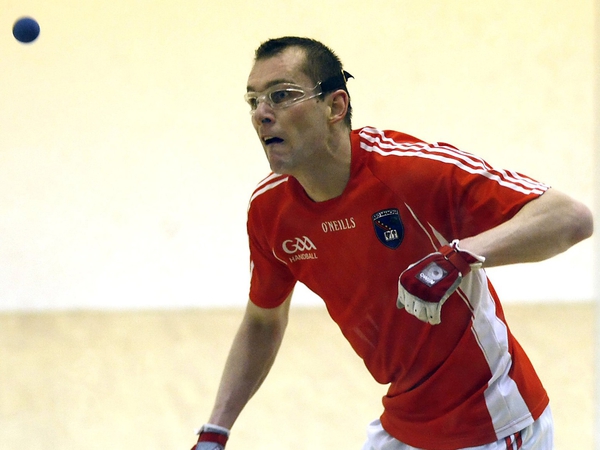 Championship down to final four