Only four players remain in the hunt for the 2010 GAA Handball 40x20 Senior Singles Championship following a weekend of drama, which saw the hopes of three provincial winners dashed.

Westmeath’s Robbie McCarthy looked to have made the leap to the senior stage this year when he defeated Dublin’s Eoin Kennedy in the Leinster final two weeks ago, but the Lake County man’s championship campaign was brought to an abrupt end by Armagh’s Charly Shanks on Saturday.

The Lurgan handballer was in devastating form, taking the first game 21-14, but McCarthy fought back to take the second 13-21, before Shanks sealed the deal on 21-11 scoreline to book his semi-final place.

In the second of the weekend’s clashes to go to a third game, Gregan was in top form and claimed his semi-final place on a 12-21, 21-16, 21-11 scoreline as Keegan became another provincial champion casualty in the new back-door system.

Munster champion, Kerry's Dominick Lynch was hoping to claim his place in the 2010 semi-finals, but came up just short against Dublin’s Eoin Kennedy over two games. Both went down to the wire, with the Dubliner’s experience in tight exchanges the difference between the two as Kennedy ran out a 21-17, 21-20 victor.

Reigning champion and number one seed Cavan's Paul Brady produced another dazzling display against Antrim’s Ricky McCann to become the only provincial winner to reach the championships semi-finals.

McCann was unable to contain the power of the current world champion and despite his best efforts, Brady notched up aces with ease to take a 21-8, 21-7 win.

The Breffni handballer will now face the familiar opponent of Kennedy in the semi and interestingly the 2010 final will be the first in 11 years to include a name outside that of Cork’s Tony Healy, Brady or Kennedy. The winner in the clash of the latter two will face a final debutant in Shanks or Gregan. 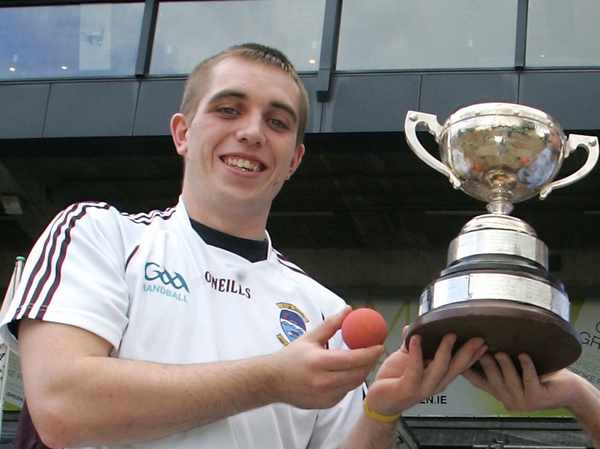