"I've done interviews in my time for promotion in the military and this one was right up there with it."

Having come through the rigorous job interview for the Mayo manager role, there is no resting on his laurels for Kevin McStay as he begins the process of marshalling the troops and preparing for combat at the start of his four-year term in charge of his native county.

"The few weeks since then have been very busy with a big workload," the former All Star told the RTÉ GAA Podcast of the settling in process since switching from Sunday Game punditry back into the garb of bainisteoir to sate the unique "lure" of managing his own county at senior level.

"But it's been very nice. I've been down in Mayo a lot. I've been at the matches, meeting a lot of people as well and it's been very pleasant. The lovely thing about the early appointment, I've the guts of 4-5 months for planning before the first ball is thrown in at the end of January so we should be able to get a very good pre-season."

The Mayo manager role has been viewed as a position McStay has long coveted and while he acknowledges how emotional it has been to gain the honour of taking it on, he says it's a lot more than a simple personal goal.

"There was a sense that I was chasing this job all my life or something and that there was something personal about it or a box I wanted to tick and it's not really that," said the former Roscommon boss.

"I didn't want this for 'Kevin McStay'. I felt I had something to offer Mayo because of my experiential life, if you like, and the things I've gone through - good, bad, indifferent, highs, lows and all that - you have to have that belief that you can contribute and make a contribution and I really did feel I'm in a space where I've a lot of knowledge now, I've a lot of experiences and I've got the backroom team I wanted.

"I'd said to the chairman at interview, if any of those guys had said no, I didn't have back-ups. Those lads were either with me or I wasn't going to go."

That backroom team includes former Mayo manager Stephen Rochford as well as Damien Mulligan, Donie Buckley and Liam McHale and were assembled "very quickly" after previous incumbent James Horan had confirmed his departure, according to McStay, who outlined the responsibilities each individual will take on.

Rochford is assistant manager along with coaching contributions, Buckley will be head coach and selector, while Mulligan and McHale are also coaches and selectors with additional responsibilities for club liaison and Mayo Under-20s liaison respectively. 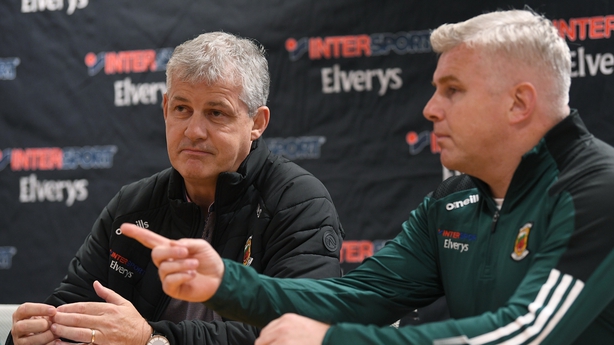 "I think it's a 169 championship games we've coached between us," said McStay, who added that the plan is to be "collaborative" rather than "prescriptive" with assigning particular coaching specialities.

"I know they will bring that experience to the coaching arena in MacHale Park when we're getting down and dirty."

The next few weeks will be about bedding in a philosophy of play and the new manager is adamant that will be very clear by next January, albeit "not one size fits all".

"The style that we'll adopt is the style that is getting us the wins," he said on the balance between pragmatism and being attack-minded.

"Winning championships are built around solid defence. That would certainly be something I totally accept and I would be insisting upon.

"So there is a balance and that's the balance that we have to hit but that's what the next few weeks and our meetings will be about. The five of us will have air time and we'll be banging tables and debating and trying to decide 'who are the three or four who best fit that role' if that's the road we go down and 'have we the players to fit the philosophy we develop?'"

The players will also have a say on that direction, McStay added, and said that he expects all the key players, veterans included, will be available for selection.

"They've given incredible service to Mayo and it's my firm hope that they will continue to serve Mayo during my period," he said.

The extra challenge for players, management and beyond will be entering an unknown: a new championship format with an All-Ireland round robin system comprising of four groups of four, consisting of the eight provincial finalists plus the top eight placed teams in the league who didn't qualify via the provincial route.

"None of us have ever lived through the season that's ahead of us. It's a paradigm shift. It's a new look," said McStay, who sees squads having to have more seamless contributors from the wider panel than ever before.

"What we've been doing in our planning is we've been trying to get it into four blocks. The pre-season/provincial league, the National League, the Connacht Championship and the All-Ireland series. It's a season of 20 games if you're to get to the (final).

And heading into the other unknown of a yet-to-be-written future, his message is, "I think everybody should strap in and come for the spin. It'll be interesting."

Indeed, the need to wholeheartedly believe that one's self is the key to getting over the line is a vital part of the job, he says, likening management to "a disease or a madness".

"The hope is that we might be able to supply that small ingredient." 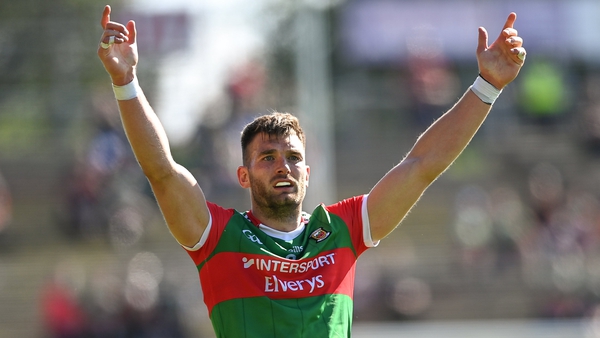