New Mayo senior manager Kevin McStay and his backroom team are expected to be scattered across the county this weekend as the Mayo club football championships get underway.

As the talent search begins, and McStay, Stephen Rochford, Donie Buckley, Liam McHale and Damien Mulligan go scouting for players to make up Mayo's squad for next season, we’ve picked out three established players and three newcomers that they are likely to be watching closely. 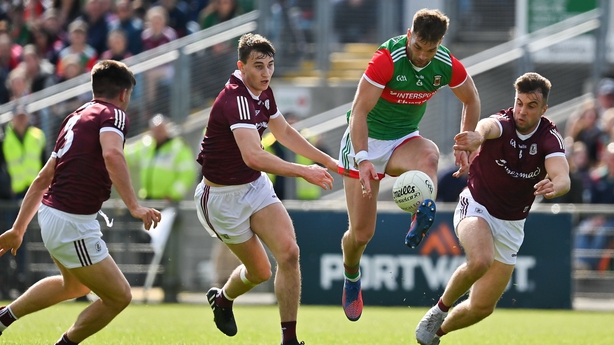 The three-time All Star hasn’t played a competitive game of football since Mayo’s defeat to Kerry ten weeks ago so Breaffy will be hoping he hits the ground running against Claremorris on Sunday afternoon.

O’Shea turned 32 earlier this summer and has already got 14 seasons of senior inter-county football under his belt, so it was no surprise he took some time off to re-charge the batteries in recent months.

James Horan utilised O’Shea in a number of different roles over the last few seasons, but Kevin McStay, in his punditry capacity, has said on numerous occasions that he sees the former Mayo captain’s best position at full-forward.

It will be interesting to see where Breaffy station him this weekend.

The 30-year-old made his first appearance for Ballintubber in 693 days back in July in a club league match, so there’s no doubt that he will be hoping to make up for lost time this weekend.

O’Connor had been sidelined by an Achilles tendon injury for almost 10 months, and only returned to action with Mayo last season during the closing stages of their National League final defeat to Kerry.

He went on to start all four of their subsequent championship matches against Galway, Monaghan, Kildare and Kerry, scoring 1-18 (0-04 coming from play).

The championship’s all-time leading scorer will be heading into his 13th inter-county season next year. Today though, his focus will be on Ballintubber’s local derby with Mayo Gaels.

The Westport warrior was as good as ever for Mayo last season and showed on numerous occasions just why he’s a five-time All Star award winner.

But he will be 33 at the end of next month and was non-committal about his future inter-county plans when asked in media interviews earlier this summer.

However, given his form last season, there is no doubt that McStay will be hoping that the 2016 Footballer of the Year stays on for at least one more crack at some titles.

Like O’Shea, Keegan didn’t line out with his club since the inter-county season ended as he allowed his body and mind some time to recover.

But he is expected to feature this evening against The Neale in Cong.

The talented Ballina teenager was due to receive his Leaving Cert results on Friday and James Horan rated him highly enough to give him his National League debut last January at the age of 18.

The pacey defender featured against Donegal and Armagh in the league and showed glimpses of his undoubted potential.

He was also the stand-out player for the Mayo Under-20s in their Connacht championship quarter-final win over Galway, as his ball-carrying ability, decisive breaks and defensive skills proved invaluable on a windswept evening in Bekan.

However, his Under-20 season was ended in the very next game by a hamstring injury.

But despite Callinan’s brief campaign, he was still selected on the Eirgrid Under-20 team of the year.

He is due to line out for Ballina Stephenites this evening away to Ballaghaderreen.

The powerfully-built young forward from Ballina also made a couple of brief National League appearances last season, but there are high hopes that he will feature much more in 2023.

The 20 year-old is a son of Mayo’s former All Star goalkeeper, Gabriel Irwin, who lined out against Cork in the 1989 All-Ireland senior final.

Frank played Under-20 championship football for Mayo for the third season in a row in 2022, and was one of Maurice Sheridan’s most influential players in their run to a Connacht Final defeat against Sligo.

The 2020 Mayo minor midfielder is regarded as one of the brightest young prospects in the county.

The 19-year-old, who sat his Leaving Cert exams at St Gerald’s College in Castlebar earlier this summer, was among a group of club players who attended a ‘combine’ organised by former Mayo manager James Horan last December.

His athleticism and line-breaking ability were also noticeable when he was introduced as an impact sub by Mayo Under-20 manager Maurice Sheridan during the course of the Connacht championship.

A rangy and mobile midfielder, the teenager is expected to line out with Castlebar Mitchels against Charlestown in the Mayo senior championship tomorrow.