Conor Mortimer has warned Shane Walsh that his presence at Kilmacud Crokes could breed resentment within the club.

On Monday Galway star Walsh confirmed he has made a request to join Dublin club Kilmacud Crokes from Kilkerrin/Clonberne due to his living and study arrangements, though the transfer is seemingly in doubt because within the GAA's rules, the 'permanent residence' criteria doesn’t include third-level accommodation.

Mortimer made the switch to Dublin's Parnells from Mayo club Shrule/Glencorrib back in 2015. He empathises with Walsh, and said his reasons for moving are sound, but the former forward was candid about the challenges of stepping into a new team.

"In the end (the move to Parnells) probably soured a little bit," Mortimer told RTÉs Game On.

"There was a bit of animosity within the club.

"It has been touched on this week... the likes of Shane Walsh going into Kilmacud Crokes, there's probably somebody going to lose out on getting into that Crokes team who has won a minor A, U21 A, maybe one or two of them coming up through the ranks.

"That can cause a little bit of difficulty within clubs, but ultimately them guys will learn from the likes of him and what he can do. In the long run it will bring these guys on.

"Leaving your club and your lifelong friends, where you probably learned your trade from three or four years of age, is one of the hardest things you'll do as a player.

"I was happy to see he'd said he was going to go back to Kilkerrin/Clonberne to finish his career. I did the same, I went back to Shrule for my last or second last year, because that pull is always there no matter where you're playing or who you're playing for."

Expanding on Walsh's probable reasons for moving clubs, Mortimer added: "When you're in the bubble of being a county player from 14, 15 to 28, 29, 30, you don't really know anything else. Your only focus is on playing for your county, playing for your club, trying to get the best out of your self in that period of time.

"There comes a time in your life where you look at your career and you have to start looking at the end of your football career, what you want to do after that. That's essentially what Shane is doing.

"He's studying and living up here... it's more beneficial for him to be in Dublin for the foreseeable future as opposed to travelling up and down, where he can fully focus on his outside-of-football career, which is probably his motive in this move."

Mortimer further reflected on his own switch to Parnells seven years ago, admitting that he had to take his fair share of flak on and off the pitch.

"It was very simple. I had no job in the west and things were very quiet. They were opening a gym in Parnells. I had been doing a business masters at the time. I was going to go working in the gym and managing it straight away. It was my first real job, I was stepping into management straight away. I had a lot of support form my club at the time.

"They knew the situation I was in. I left with their blessing, I had a going away party with all my team-mates and plenty around the village as well. It was a big move at the time.

"When we started playing games with Parnells there was plenty of verbals thrown throughout the games which was all part of the game. I kind of slotted in straight away and got into playing pretty good ball straight away as well.

"I blocked out the outside noise, and just got on with my business, did my job every day, went training and played the games." 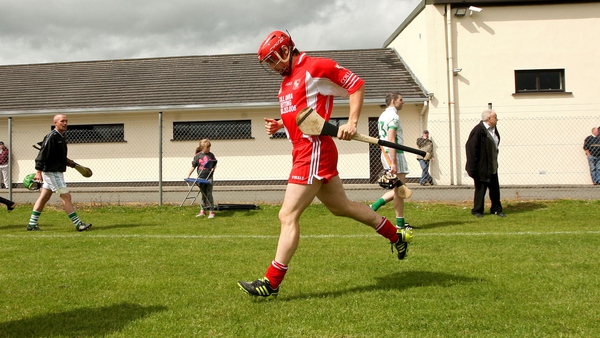 Looking for a move - the GAA's 'transfer market'