Bryan Sheehan says that Kerry players had to buy into a more defensive mindset in order to land the All-Ireland title against Galway.

The arrival of Paddy Tally into the coaching set up in the Kingdom was much discussed this season, as the game's most successful county brought their eight-year wait for another title to an end.

Kerry conceded just three goals over the course of their entire Allianz League, Munster and All-Ireland runs, and it was clear that Tally's ability to shore up gaps at the back was critical as a much heralded group of players finally landed the ultimate prize.

For Sheehan, speaking on RTÉ's Game On, Jack O'Connor's decision to bring in Tally was the key difference this season.

"Jack realised that if Kerry were to win an All-Ireland, they had to stop conceding goals," said the five-time Celtic Cross winner.

"Last year, and Dublin in 2019, conceding soft goals or goals you shouldn't concede. Someone running down the middle and scoring a goal cost them an All-Ireland [in 2019 replay against Dublin].

"If you go back to the Tyrone game in the All-Ireland semi-final last year, conceding three goals, you're not going to win many football games conceding goals like that. So he just identified an area that was of big concern.

"While it might have taken away the goal scoring threat at the other end because Kerry weren't scoring as many goals as what they did previously.

"It was a big call to bring Paddy Tally in - a Tyrone man - and defensive football isn't something that comes into play in Kerry.

"To only concede one goal in the championship, and two goals in the whole campaign, is testament to Jack and his backroom team. But also to everyone else, the team, for buying into it. Every fella knew what his role was in the team.

"Some fellas might think their job wasn't to track back and defend, or that tackling or working wasn't part of their game, but every fella bought into it and it all paid off it in the end." 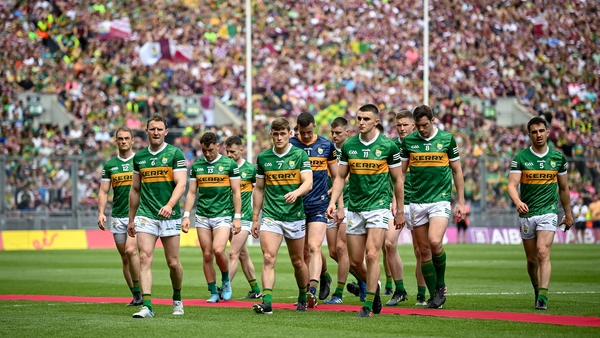