Kieran Donaghy says that Armagh have huge momentum heading into the All-Ireland quarter-finals, but the former Kerry great - now a coach in Kieran McGeeney's management team - says the challenge is for the squad to hold onto it over the next two weeks.

The Orchard County knocked out All-Ireland champions Tyrone at the start of the month, and backed it up yesterday with a comprehensive victory over Donegal at Clones.

They're set to take on Galway in just under two weeks after this morning's draw on RTÉ Radio 1.

"Yeah we do, it's a valuable asset," he said when asked if there was momentum behind the team's charge to the last eight.

"It's very hard to get momentum so when you get it you've got to protect it, honour it, and keep your work-rate high.

"You've got to keep going to the well, harder and harder. If you don't then the momentum will slip away from you and you can't get it back.

"So while we have it we've got to mind it and continue to work the way we have been, and hopefully it will stay on our side."

It marks a huge turnaround for Armagh who had been knocked out of the Ulster SFC by the Tír Chonaill men just eight weeks previously.

Donegal did have a purple patch mid-way through the first half yesterday at St Tiernach's Park, but Kieran McGeeney's men were able to stem the tide, with Rian O'Neill's penalty on the half-hour mark a real turning point.

"There was a bit of pressure after playing well last week," Donaghy added.

"Huge credit to the players. We asked a lot out of them, to dig really deep in those six weeks [after the Donegal defeat]. It was a hard six weeks.

"I think the players are getting their just rewards for just how hard they've worked, so I'm delighted for them as a group.

"You couldn't envisage that winning margin, because Donegal are a really good side. We got a fantastic start with Rory's [Grugan] goal, a top quality goal. 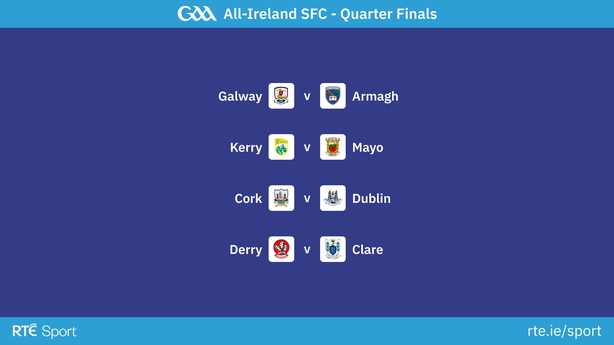 "Donegal then showed their teeth, and kicked on with five or six points, and we were thinking that this is going to be tough to deal with.

"But we responded well just before half time and kicked some massive scores.

"I'm delighted for Rian O'Neill. He had a tough day in Ballybofey, just one of those games. I'm a full-forward myself, so when they don't go your way it can be a tough day inside there.

"I just hope the Armagh fans show up in Croke Park because they were a huge factor in us getting over the line." 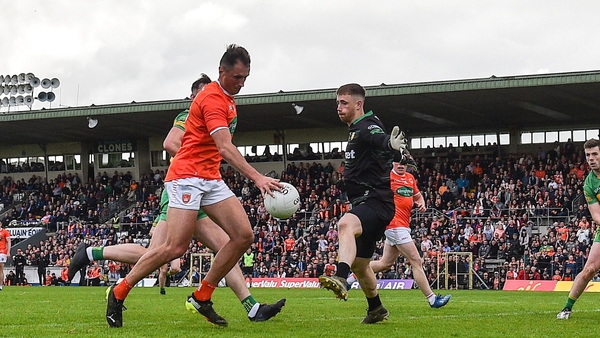 Oisin McConville: Armagh are a match for anybody