The biggest game in this year's National League unfortunately didn’t live up to expectations as Kerry cruised to the Division 1 title against an understrength Mayo at Croke Park.

The Kerry captain shot 1-6 (all but one point from open play) and was named man of the match as the Kingdom collected the league title for the 23rd time in front of 31,506 spectators.

James Horan’s Mayo squad have been hit hard by injuries recently and they went into their second league decider in four years without key players like Paddy Durcan and Diarmuid O’Connor. Two-time Young Footballer of the Year Oisin Mullin was also a non-starter with Rory Brickenden drafted into the Mayo defence.

Kerry took full advantage of the Westerners’ injury woes as late goals from David Clifford and full-back Jason Foley in the 65th and 72nd minutes capped off an impressive display from the Munster kingpins.

But they really turned on the style in the second period, using their superior speed around the middle third and slick forward play to rack up a match-winning tally at their ease.

The aforementioned David Clifford and Paul Geaney did most of the scoring damage, but Mayo were fighting fires all over the field.

It was a similar story in the opening half.

Five of Kerry's starting forwards had got on the scoresheet by that stage as Mayo’s depleted defence struggled to keep their pacy opponents at bay.

David Clifford, who was picked up by Padraig O’Hora, shot four points in that opening period and always looked dangerous.

Kerry were 0-7 to 0-4 ahead and already dictating the terms of the match when Gavin White palmed in their first goal in the 24th minute after Mayo goalkeeper Rory Byrne had parried Paul Geaney’s initial effort.

The Westerners were seven points behind after 30 minutes and looked to be labouring badly, but then they finally hit a purple patch as Ryan O’Donoghue, James Carr and Conor Loftus all pointed in quick succession to give the large Mayo crowd something to shout about.

However, Kerry just stuck to their successful game-plan and they finished the half on the front foot with Clifford’s third fine point from play and a brilliantly-struck free from the left wing by goalkeeper Shane Ryan.

The sides had been well-matched in the early stages with Mayo’s Michael Plunkett and Matthew Ruane trading scores with David Clifford and Stephen O’Brien.

However, Kerry then began to use their pace to find holes in Mayo’s makeshift defence and almost got in for a goal after one scorching run from Paudie Clifford.

Three points without reply from Adrian Spillane, David Clifford (free) and his brother, Paudie, gave the Kingdom some breathing space for the first time.

They were 0-5 to 0-2 up after 15 mins and Mayo’s customary energy and intensity was conspicuous by its absence. A superb individual effort from James Carr was followed by a similar score from Jordan Flynn and we wondered if Mayo were about to come to life.

But Kerry quickly re-established their dominance with a point from Jack Barry before Gavin White’s incisive run led to a goal from the Dr Crokes wing-back and Kerry never looked back from there.

Even when midfielder Diarmuid O’Connor was shown a black card midway through the second half, Jack O’Connor’s charges never relented.

Mayo failed to score for play for the final 27 minutes as they faded out of contention completely.

One of the few bright notes for the Connacht champions on the day was the return from injury of Cillian O’Connor. He was introduced in the 55th minute and scored from a free but also saw another late chance fly wide.

Kerry, meanwhile, will begin their build-up to the Munster championship semi-final against Cork on Saturday, 7 May. 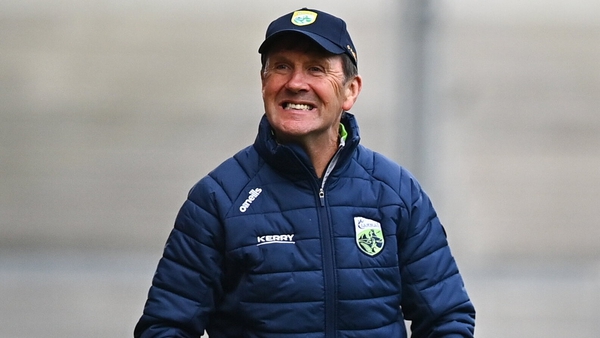 Jack O'Connor not getting carried away after big victory over Mayo