Tyrone joint-manager Feargal Logan hopes the 15-point defeat to Cavan in the Dr McKenna Cup is the wake-up call they need to get back up to speed.

The Red Hand were playing their first competitive match as All-Ireland champions, but it was a lop-sided defeat at Kingspan Breffni Park where Gearoid McKiernan's first-half goal paved the way for a 1-17 to 0-05 victory for Mickey Graham’s side.

Tyrone started just four players from the All-Ireland defeat of Mayo - Paudie Hampsey, Peter Harte, Kieran McGeary and Darren McCurry - but were never at the races against a Cavan side that were more committed in the tackle, efficient with the ball and clinical in attack.

Speaking to RTÉ Sport after the game, Logan said there could be no excuses for such a comprehensive loss.

"You have to try and balance new players with older players, and it didn’t really kick in for us," he said.

"They got two early scores on the board and we struggled the whole night. It’s a poor result for Tyrone, but credit to Cavan. They came at us hard, they were prepared and gave us a bit of a lesson. We’ll have to lick our wounds for the weekend."

Tyrone’s preparation has been limited with the greater focus on the upcoming league campaign where they host Monaghan in less than three weeks, but Logan concedes that it will serve as a reminder of the need to get back up to speed quickly.

"We’re not long back from a team holiday, and you can make all sorts of excuses, but there is no point doing that when you're soundly beaten. We have to look at ourselves and start again.

"You’d hope it is a bit of a wake-up call, that there’s plenty more in the tank. There is a long year ahead, but it’s not the start we wanted to 2022."

"Tyrone are probably only back a couple of weeks," he said. "I know they've been on a team holiday and they were down a number of their first-choice players, but we weren't focused on Tyrone.

"We were just focused on ourselves to try and implement things we've been working on in training, just to look for an improvement on last week."

The 2020 Ulster champions are less than three weeks out from the Division 4 league opener away to Leitrim and all attentions will soon turn to emerging from the bottom tier.

After last week’s loss to Armagh, what can his team take from the comprehensive win?

"Some of it came off, some of it didn't, but we're not getting too carried away, no more than last week when we lost," he said. 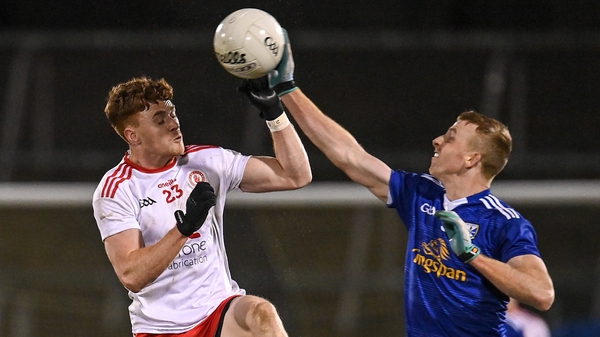