Former Kerry manager Éamonn Fitzmaurice believes the Dublin bench is not pillar of strength it once was.

Dessie Farrell's side claimed an 11th successive provincial title in a game where they failed to get out of third gear for large periods against Kildare and remain on course to make it seven All-Ireland titles on the bounce.

Next up will be Mayo in a semi-final on 14 August, with Kerry and Tyrone battling it out on the other side for a place in this year’s decider.

The Dubs have eased through Leinster without dishing out some of the heavy beatings seen in recent seasons.

Farrell admitted post-match that his side have improving to do for their latest joust with Mayo, though they finished with eight points to spare and never looked in serious danger against Jack O’Connor’s team, notwithstanding a spirited display, led by talisman Daniel Flynn up front.

"Dublin's work-rate and the way they are tackling shows that they're not ready to give it up just yet..." - Sunday Game analyst Éamonn Fitzmaurice feels Dublin's bench is not as strong as before, but he believes their intensity remains as strong as ever. #RTEgaa pic.twitter.com/PxDEYTY10f

Speaking on RTÉ’s The Sunday Game, Fitzmaurice suggested that the one potential chink in the Dublin armour may be the replacements Farrell has to call upon.

"The one question I’d have about them [Dublin] is in terms of their bench," he said. 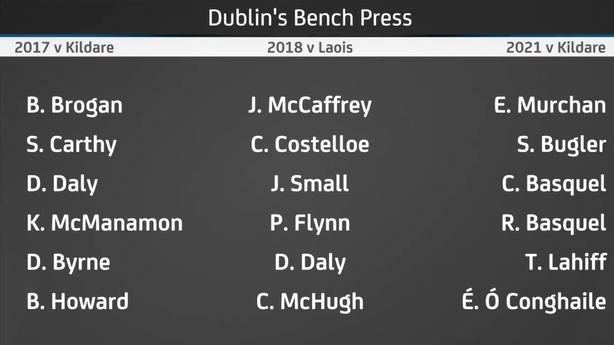 "The last time they played Kildare in a Leinster final, the bench delivered seven points from play for them. This year, they got one, through Ryan Basquel.

"That’s possibly one area they aren’t as strong in as they were, but their work rate and the way they are tackling proves they are not ready to give it up just yet." 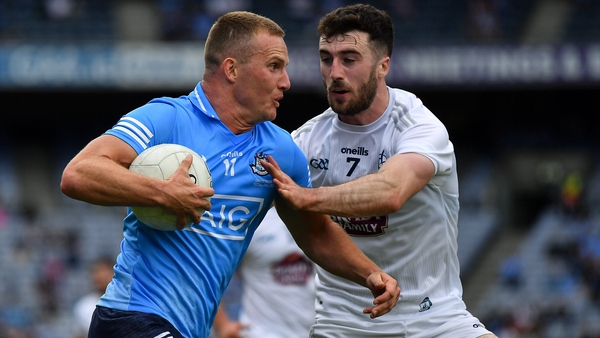