Paul Kerrigan believes Kerry are "hugely improved" from the side that were shocked by Cork last year and says the Rebels are up against it in this weekend's Munster SFC final.

The former Cork captain came on as a sub in the memorable last-gasp victory over the Kingdom last November against a Kerry side many felt would go on to give Dublin a strong test at the business end of the championship.

Peter Keane’s side have had the winter to lick their lips, while Cork themselves lost the provincial decider to Tipperary.

The early season form - Kerry finished joint-top of Division 1 South with Dublin with Cork avoiding the drop to the third tier in a play-off win over Westmeath - plus Kerry’s desire to right last year’s wrong, points to a home victory in Killarney.

Cork again are underdogs, and you have to go back to 1995 the last time the Rebels left Fitzgerald Stadium with a championship win over their neighbours.

2010 All-Ireland winner Kerrigan believes the addition of Paudie Clifford to the forward line adds significantly to Kerry’s hand for 2021 after being restricted to a couple of cameo appearances last season.

"There’s no doubt they [Kerry] are much better," he told 2fm’s Game On. "Paudie Clifford has been around with East Kerry the past few years, but he has taken his game to a new level. Not only is he fitting in, he’s adding to the attack. 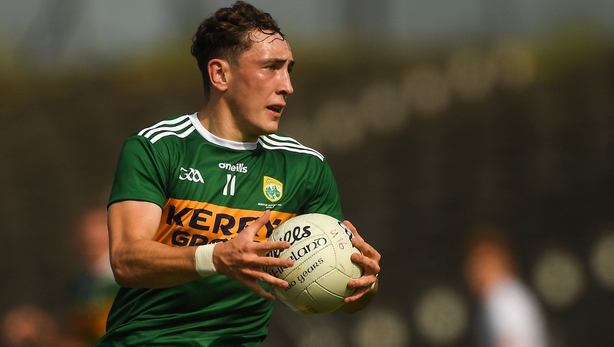 "With David Clifford around, there aren’t too many other forwards that can get the credit. He [Paudie] was man of the match the last day against Tipperary and is working hard and getting his tackles and making turnovers."

Captain Clifford will again be the focal point for the green and gold. Though subdued by his high standards in November – he finished with 0-4, including a wonder score from the sideline – he is likely to be given more service than what came his way in a cagey Kerry performance.

Who will be tasked with keeping tabs on the Fossa star?

"Maurice Shanley was on him last year, but he’s out with a hamstring injury. You are probably looking at Sean Meehan or Kevin Flahive, who marked him two years ago. 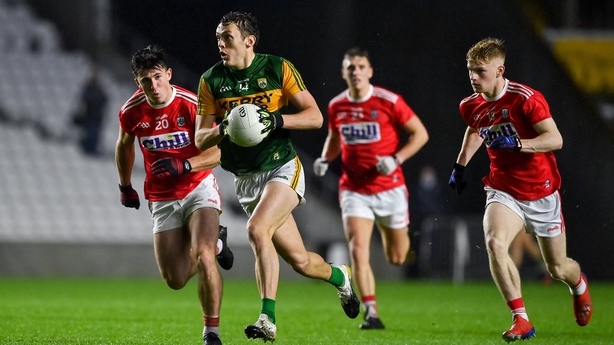 "It won’t be just one. Cork will definitely flood numbers back around the middle third and keep one in front of Clifford and whoever is inside there. They won’t play and out-and-outs sweeper, but they will get bodies back, the half-forwards back to halfback line and the half-back line tucking in."

With an improved kicking game and a team playing more to their strengths, Kerrigan believes the favourites tag is more than justified for the home side and has been very impressed with Kerry’s attack so far in 2021.

"Paul Geaney has rotated between full-forward and half-forward and has obviously modified his game a little bit as he has got older. David Clifford and Sean O’Shea are such good forwards.

"They have massive depth up front. Micheál Burns and Killian Spillane are there to come on and have had a massive impact in the last few games."