A low-scoring game looked to be heading the way of the Kingdom when sub Killian Spillane scored his fourth point to put them 0-13 to 0-11 ahead, equalling the largest lead at any time in the game.

However, Cork didn't panic and were back to within a point when Luke Connolly landed a monster free from the left sideline in the 86th minute.

Even then, though, it seemed that this would be a case of Cork coming up just short as sub Tommy Walsh won two kickouts to steady Kerry.

The minute of injury time at the end of the second period of extra time was almost up as Cork held possession, with half-back Seán Meehan making a drive and exchanging passes with Damien Gore before laying off to Connolly on the left.

He launched a high ball goalwards, but while it didn’t go over the bar for an equaliser to send the game to penalties, possession was gathered by Keane - who plays AFL for Collingwood and was making his championship debut - and he kept his composure to slot a shot past Shane Ryan in the Kerry goal.

There was no time for anything else and there was joy unconfined among the Rebel contingent when referee Derek O’Mahoney blew his whistle, confirming their place in the Munster final against Tipperary in a fortnight.

'It's 1983 all over again!!' - Kerry are out of the championship. Here's that extraordinary late goal from Mark Keane which won the game for @OfficialCorkGAA - watch the highlights on @TheSundayGame #rtegaa pic.twitter.com/IoRBaWfxDD

Kerry led four times in the opening 24 minutes, but while Cork equalised on the first three occasions, captain David Clifford made it 0-5 to 0-3 for the Kingdom on 27.

Cork got a grip at midfield through Ian Maguire and Paul Walsh for the remainder of the half though and finished with three straight points, from Mark Collins, Killian O'Hanlon and Kevin O’Donovan to go in leading for the first time in the game. 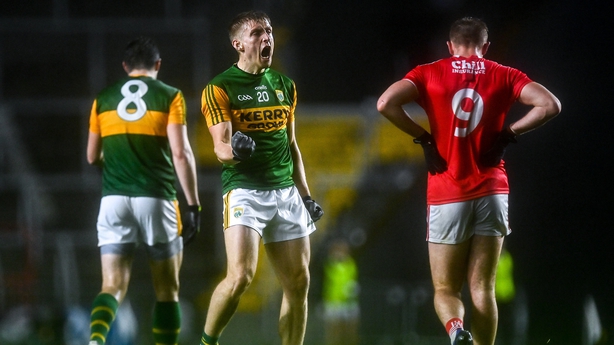 While Tony Brosnan levelled on the resumption, Cork replied with an O’Hanlon free and they looked to have a chance to take a firm grip when Kerry lost Ronan Buckley to a black card.

However, his period in the sin bin saw two points shared and, though another Collins free put Cork back in front, Kerry pushed on with three points in five minutes - two from Seán O’Shea and one by influential sub Spillane – to lead by 0-10 to 0-8 after 68.

Connolly gave Cork hope with a fine score though and, after Kerry’s David Moran was black-carded, the Rebels worked an opportunity and Collins levelled from a free after the hard-working Seán Powter was fouled.

Even so, the exertions looked to have taken it out of Cork as Kerry pushed on again in extra time. They were 0-12 to 0-10 ahead thanks to a Clifford wonder-score from a tight angle and Spillane’s third, but a Connolly free from the 45 meant Cork trailed by one at the interval.

Kerry sub Jack Sherwood might have had a goal opportunity after the restart but good Ruairí Deane defending denied him and, while Spillane got his fourth, Cork were still in the game.

Connolly brought the gap down to a point and then, at the death, Keane had his decisive intervention. 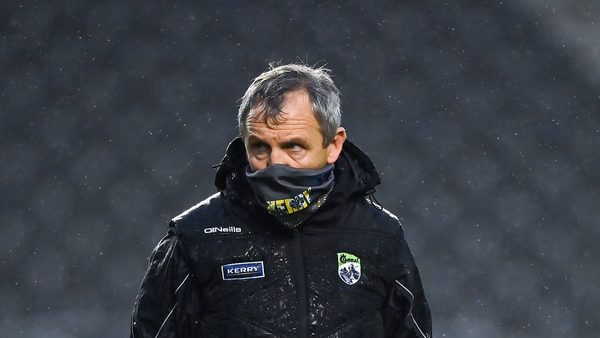 Peter Keane: Kerry have to 'suck it up' and move on