Galway have received a massive boost ahead of the Connacht final with captain Shane Walsh fit to play against Mayo.

This year's Connacht final will take place at Croke Park on Sunday week with a potential crowd of 18,000 in attendance.

And despite pulling up injured in the 2-11 to 0-12 Connacht semi-final win over Roscommon at Dr Hype Park on 4 July, the Kilkerrin-Clonberne forward will be available for selection again.

"He is fine. It was a worry the way he pulled up in the game. He had a little bit of a hamstring issue but it wasn’t torn just more tightness than anything else. He is fine, he is training away," said Galway manager Padraic Joyce.

"A crucial player to have on the pitch, he is great. He is doing really well, he is looking forward to the game. 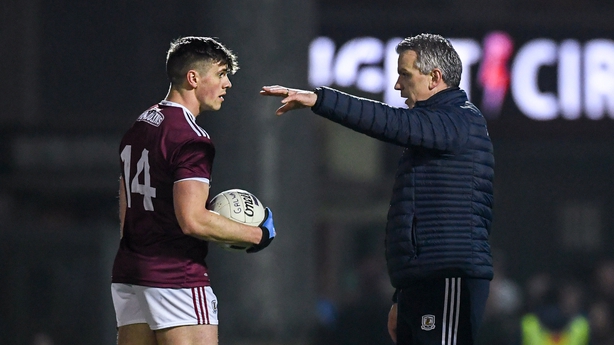 Galway have lost the last two Connacht finals against Mayo and Roscommon and were set for a tricky away day at MacHale Park in Castlebar this time around. Despite relegation from Division 1 of the National Football League last month, the Tribesmen will be buoyant on the back of their win over the Rossies as they head to Croke Park instead.

"You can see both sides of the argument, that it is going out of Connacht," said Joyce. "But it makes supporters’ lives very very easy. I think it is a wise decision.

"At the end of the day it’s where footballers aspire to play. It’s great that we are getting there for it. It is going to be a historic occasion, we are going to be part of that, the first time the Connacht final has been played in Croke Park.

"It is probably a bit of spice added to it now and a bit more importance that it’s in Croke Park as well. It makes the occasion a bit bigger."It will give our lads great experience.

"Definitely our lads have no fear going up there."