After conceding three goals against Cavan in the drawn Ulster football semi-final, talk about Tyrone's potential to land honours this summer was tempered somewhat.

However, their demolition of the Breffni County in the replay on Sunday afternoon puts the spotlight back on them with regard to the threat they pose.

Speaking on The Sunday Game, Tomás Ó Sé was impressed with what he saw in Clones, as he summed up the brilliance of the Red Hand effort.

"Ruthless is the word you would use", he revealed.

"It was a brilliant performance. There was physicality, aggression, workrate and the attitude was A1.

"They had 4-12 rattled before Cavan got a goal.

"They defended well and attacked at pace. The pace they have is unreal, it's serious and it's constant. Their counter-attacking is excellent. They did switch off towards the end but that's to be expected."

"Their fitness levels are off the scale and while the full-back line was an area of concern going into the game they did put a lot of work into that," he said.

"Okay, they may have looked shaky at times in the full-back area early on against Cavan, but they eventually got on top there.

"Mickey Harte has had nine replays since he took over and he's won seven of them. The rule now is that Tyrone don't lose replays." 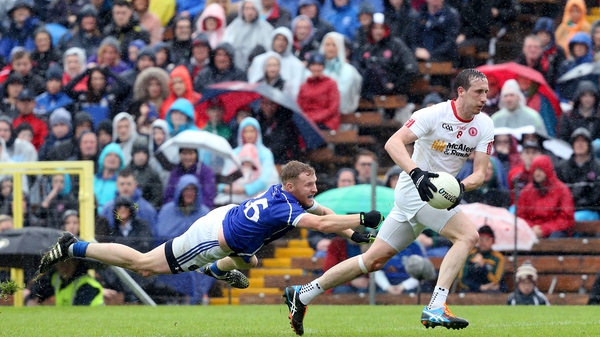