By Declan Rooney at Ennis

Conor Loftus hit the crucial goal with two minutes left as Mayo secured the EirGrid All-Ireland U-21 final after an enthralling victory over Cork at Cusack Park.

Mayo had come from behind in the previous rounds as they got the better of Roscommon and Dublin, but this time they held a lead valiantly, despite Cork’s resurgence in the second-half.

The scoreline didn’t tell the full story here, as Cork fought back to level the game through Brian Coakley with six minutes remaining.

But a short kick-out from Cork goalkeeper Anthony Casey was intercepted and Loftus found the net with a fine finish.

Cork won the toss and chose to play against the breeze in the first-half but that back-fired as they went in trailing 2-05 to 0-07 at half-time.

Liam Irwin and Diarmaid O’Connor slotted the Mayo goals in the first-half, and then seven minutes into the second-half Loftus scored Mayo’s third goal. 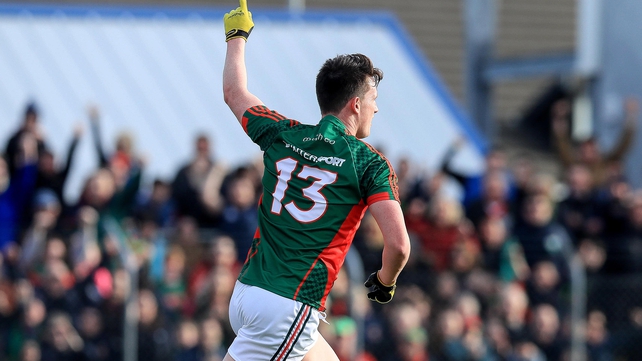 They led 3-06 to 0-10 at that stage but Cork launched a comeback despite Sean White being shown a black card for them. Peter Kelleher fisted their goal and then Brian Coakley tied things up with a free in the 54th minute.

But Mayo’s experience in tight matches won through, they had to fight it out, as they did against Dublin and Roscommon. Those two games stood to them and Loftus was in the right place to collect Casey’s wayward kick-out.

He fired to the net and Irwin sealed the win in injury time and seal Mayo’s first U-21 All-Ireland crown since 2006.

Michael Solan had a strong panel to pick from even with the omission of star forward Brian Reape, who pulled a leg muscle in a training session in Ennis last week.

The Connacht champions were back-boned by the 2013 All-Ireland minor winning side who got to the All-Ireland final that year without playing Cork, and then defeated Tyrone in the decider.

Is there anyone left in Mayo? All on the pitch in Ennis. An incredible game of football and some sight! @RTEgaa pic.twitter.com/YMGui2bk94

Cork were arguably the favourites coming into the game, after they saw-off a Kerry side, packed full of last year’s All-Ireland minor winners in Munster. And then they scored 2-15 from play on their way to a comprehensive victory over Monaghan in the semi-final.

And by the time they had taken a 0-07 to 0-04 lead over Mayo after 30 minutes against the breeze, they looked set to take a strangle-hold of the game in the second-half.

But Mayo had learned from the previous rounds and blitzed Cork before the break, to leave the Rebels reeling as they headed into half-time five points in arrears.

Cork needed to start well in the second-half, and they did – Sean O’Donoghue scored an early point but they couldn’t afford to give away an opportunities at the other with Mayo lethal in front of goal.

Loftus got his chance in the 37th minute and made no mistake with a fantastic finish as Mayo piled on the pressure. And even though Cork tied it up, Mayo came with another late surge to win it. 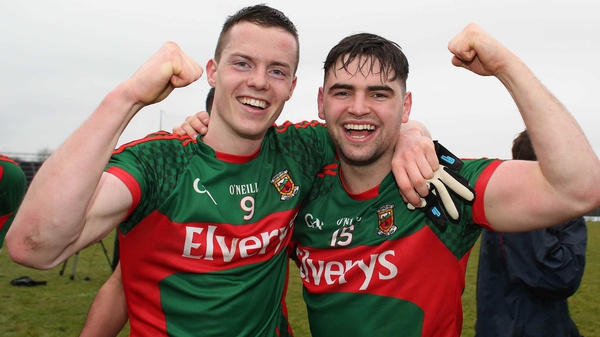 Stephen Coen: This Mayo team never throws in the towel