Mayo U21 captain Stephen Coen has said a deep-rooted refusal to ever throw in the towel is behind the county's drive to an All-Ireland FC final.

Having snatched victory from the jaws of defeat in the provincial decider against Roscommon, Mayo were at it again as they chased down Dublin's lead to march on to a showdown with Cork this Saturday evening.

County senior Conor Loftus ensured he was the toast of the county when kicking a dramatic score deep into injury-time to edge a pulsating encounter Mayo's way, and Coen insisted that Michael Solan and his back-room team have instilled a will to win that is taking them places.

“We never give up," he told RTÉ Sport.  "The team that are over us now, they’ve instilled a lot of belief in us. It’s just all about keeping that work rate on the pitch and thankfully it stood to us the last day.

“Diarmuid O’Connor is a super player and a great ambassador for Mayo football."

“We put in a great performance in the first half but we let things slip in the next 15 minutes and that wasn’t good enough. We needed to up our game and we did up our game.

"Everyone, to a man, put their shoulder to the wheel and got behind the team. We know if we let that slip like we did against Cork then that’s not going to be good enough so we really have to work on that this weekend."

On a day when Mayo had several leaders who stood up the plate, 2015 Young Footballer of the Year Diarmuid O'Connor was particularly impressive, and Coen admitted he's a totemic figure in the Mayo dressing room.

“Diarmuid O’Connor is a super player and a great ambassador for Mayo football. We look up to him he’s a great leader for us. He’s done an awful; lot of work for us and hopefully he can do the same this weekend because we need Diarmuid on top of his game if we’re going to be successful.

“We’ve kept our composure and we’ve worked hard. Cork are an excellent team. They’ve got power and pace so they’re going to be a real hard rocking team. Their last two games have been just as hard as ours so we’re going to have it all to do. It’s going to be a big, tough game.” 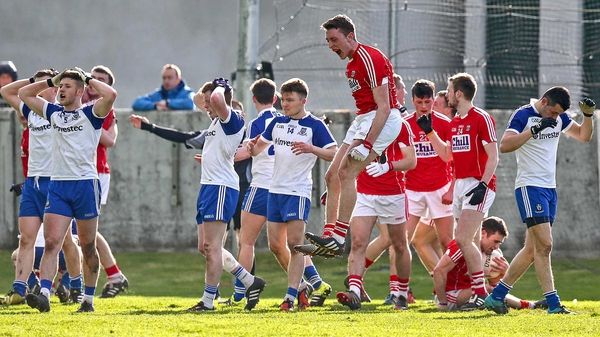 Cork see off Monaghan in Under-21 semi-final