A 55th-minute point from midfielder Barry Moran proved to be the difference as Castlebar Mitchels overcame Crossmaglen Rangers and a nervy start to record a 0-13 to 0-12 victory in their AIB All-Ireland Club SFC semi-final at Kingspan Breffni Park.

The conclusion of the game was marred by ugly scenes as players from both sides tangled, with Gardaí and stewards forced to intervene in a couple of incidents.

For a time, Cross threatened to run away with it, with Jamie Clarke sparkling close to goal, but the Mitchels hung tough and a rousing score from Paddy Durkan just before half-time sent them in with their tails up.

Crossmaglen raced into a 0-03 to 0-00 lead after five minutes, by which time the Mayo men had yet to bring the ball into their opponents' half.

Stephen Kernan opened the scoring and his brother Tony added a free either side of a smart score from Clarke.

Cross, hitting the trigger men early and often, looked like dismantling Castlebar, who appeared nervous and fluffed their lines with a couple of straightforward chances. They finally got off the mark with a free from Neil Douglas, but this was quickly cancelled out by an Oisin O'Neill effort which snuck inside the post.

Wing-back Paddy Durkan strode forward to fire over a huge score which made it 0-04 to 0-02 after 13 minutes, but Crossmaglen soon took charge, with Callum Cumiskey, Clarke (two) and Tony Kernan (free) stretching their advantage to five points with eight minutes remaining in the half.

The Mitchels, though, awoke from their slumber and would go on to land the next five points in succession either side of half-time.

They could have had a goal, with Cross captain Paul Hearty saving well from Douglas, but the latter quickly made amends with a free before Durkan sent over his second.

And the Mayo men owned the ball early in the second half as they gained a foothold at midfield, and the impressive Durkan, Neil Lydon and a massive score from Danny Kirby tied the game three minutes in.

After that, it was nip and tuck. Stephen Kernan registered an important point for the Armagh men but Castlebar responded instantly with a free from Douglas.

Back came the Rangers, Clarke curling over a lovely point, but again Castlebar hit back straight away through midfielder Barry Moran.

While the second half was a dogfight, it was no less intriguing for it – neither side took a step back as the game developed into a hard-hitting, physical contest with no quarter asked or given.

Crossmaglen wrestled back the lead with a long-range free from youngster Oisin O'Neill, but with 10 minutes to play Castlebar were in front by one after corner-forward Douglas nailed two frees from the ground.

Who would blink first on the home stretch? On this occasion, it was the six-time All-Ireland champions.

Tony Kernan had a chance but dropped his shot short, at the other end, Moran held his nerve and swung in the lead score at 0-13 to 0-12 with five minutes left on the clock.

The tension cranked up in the frantic final minutes and, as both sides missed chances, it spilled over into a melee on the sideline in front of the stand involving players and backroom team members.

The gardaí and stewards also dealt with incidents in the stand itself at the end of the match. It mattered little, though, to the jubiliant Castlebar players who now march on to meet Ballyboden. 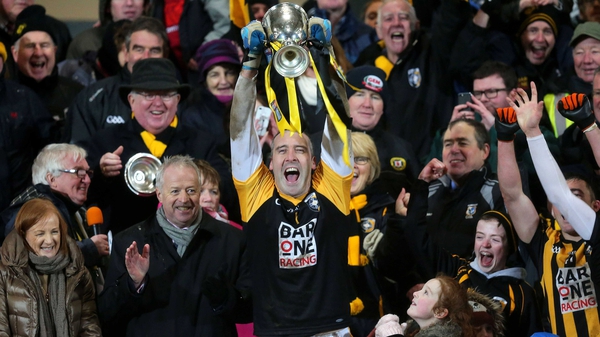 Crossmaglen come out on top after epic Scotstown battle