Dublin attacker Paddy Andrews believes the benefit of getting two tough games against Mayo will stand to the side when they face Kerry in the All-Ireland football final on 20 September.

Speaking to RTÉ Sport, after the replay win over Mayo in the semi-final, Andrews said: "The big thing earlier on in the year was that we weren’t tested enough but these two games will bring us on.

"You could see the improvement from the drawn game. It’s an All-Ireland semi-final and you have to be at your best. You’re playing the top teams in the country."

The St Brigid’s clubman scored five points and was named man-of-the-match after the Dubs’ 3-15 to 1-14 win over the westerners, but he was quick to play down his own contribution.

"In the last 15 minutes, you had to say the team effort was very good and the lads who came off the bench really dragged us over the line,” he added.

“We were disappointed with the final ten minutes last week as we felt we had done enough to win the game. In the last six days, the focus from everybody was that we would play for the 75 or 76 minutes.

"As for myself, I was very glad to get on the end of a few things. It was great when they went over." 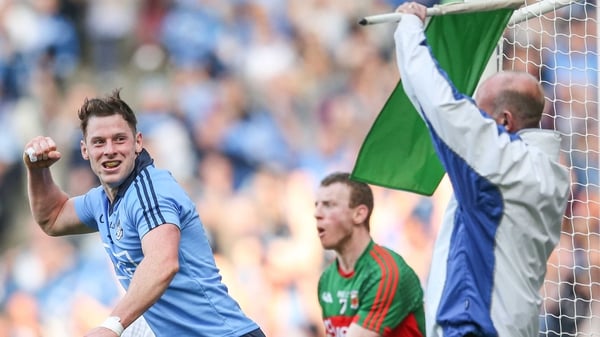