McMahon produced a towering performance, notching 1-2 from play, as the Dubs blew Mayo out of the water just when it looked as though their summer was coming to to an end.

Dublin trailed by four points with 15 minutes to go, but goals from Bernard Brogan, McMahon and Kevin McManamon turned the game on its head, emerging 3-15 to 1-14 victors.

“We showed great resolve today," said McMahon. "We knew the second battle was going to be as tough as the first one and it’s great to come out the right end to it.

"We need to play for the entire game today. We learned from our mistakes (last week) and that’s the big learning curve going into the All-Ireland final.

“Any time you play in an All-Ireland semi-final it’s tough, but to play two of them... I suppose it will stand to us going into the final.

Commenting on the furore surrounding Diarmuid Connolly's last-minute appeal success, McMahon said: “We look after what’s on the pitch. The lads battled and defensively we were brilliant from the forwards back.” 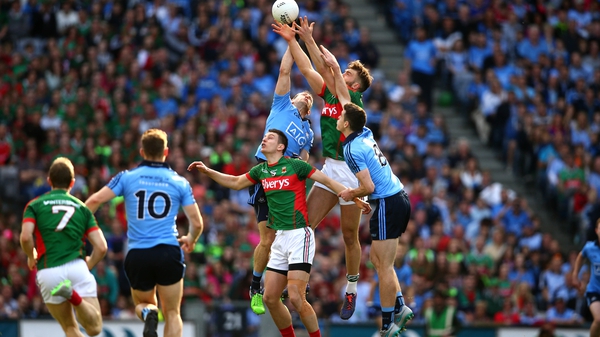