It’s been a turbulent few weeks for the Cork footballers. A stirring second-half display wasn’t quite enough to get that long-awaited win in Killarney over arch rivals Kerry in the Munster final.

The Kingdom proved to be worthy winners in the replay last weekend.

Cork boss Brian Cuthbert cut a somewhat worried figure when he was interviewed after the game. His side must now face Kildare in the qualifiers on Saturday evening. The prize for the winner is a date with Dublin in the All-Ireland quarter-final. Life doesn’t get any easier!

Cuthbert and his troops have received a fair bit of criticism in the last two seasons.

Kerry legend Tomás Ó Sé had his say last his month when he described Cork as “rudderless” both on the sideline and on the field.

He went even further by saying: "They seem like a poor relation of Mayo in that you can’t trust Mayo, but you can’t trust Cork either. That’s not playing games, it’s just calling it as I see it. They just seem like a team if you get on top of them very, very early, they’ve no plan B and they’ll just lie down.”

Ó Sé also referenced their defeat to Kerry in the 2014 Munster final and to Dublin in this year’s Division 1 final and wonders just how much they’ve learned.

“You see the great teams there over the last few years, if Tyrone were losing against Dublin, and losing badly, they’d start a row or they’d start something to get back into it. We’d do the same.

“But there was nothing there with Cork and that’s the worry I’d have for them. I just think on the field, they need fellas to stand up more and give more leadership."

"In the league final this year, we just didn’t perform and you have to say that the criticism was warranted"

"I’d have to hold my hand up over some of the performances that we’ve turned in over the last year and a half,” he said.

“The Munster final last year was quite disappointing and it was quite easy to see why there was so much criticism levelled at us in terms of a lack of leadership. We, and myself included, got a lot of things wrong in that game. In the league final this year, we just didn’t perform and you have to say that the criticism was warranted.”

In spite of such negativity, Cuthbert is keen to accentuate the positives, claiming that he has at his disposal a talented group of players.

“This team is still developing, is still growing and we’ve a lot of very good young players,” he added.

“I think the team showed the first day against Kerry that they are capable of playing very good football. We just need one big win against one of the big teams and maybe then some of the criticism will be levelled at some other side. I’ve seen this Cork team develop and I can tell you they don’t lack character.” 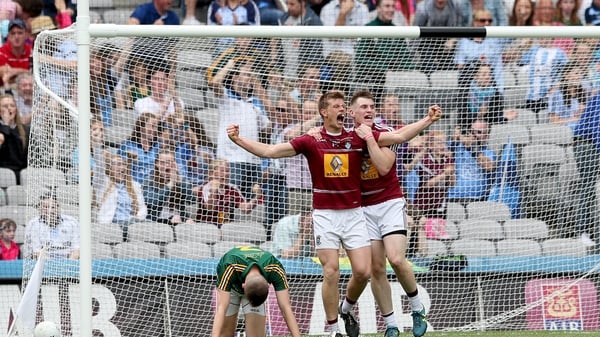 Preview: Westmeath and Cork can take next step