Kerry manager Éamonn Fitzmaurice has warned Paul Galvin, who this week ended his retirement to return to the Kingdom senior panel, that he has a fight on his hands if his comeback is to be a success.

It was revealed on Tuesday that the Finuge clubman had rejoined the Kingdom squad, having retired from the panel in February of last year.

Speaking to RTÉ Sport about Galvin’s return, Fitzmaurice dismissed the notion that fact he and Galvin are brothers-in-law had made the decision more difficult.

“It’s wasn’t [more difficult] at all,” Fitzmaurice said. “These things don’t come into it. It’s about what's best for Kerry football.

“And the fact that Paul will be involved now is good for us. And Paul is well aware that he’s going to have to fight on his back to get into the 26, and then to try and get some time, and try and get a first-15 jersey.

“If he’s going well he’ll be getting football, and if he’s not doing as well as he could be, he won’t, same as everyone else.”

Fitzmaurice also revealed how the return of the three-time All Star and four-time All-Ireland winner had come about.

“We’d a chat about it over Christmas, the two of us, and Paul is in a position now where he’s able to come back down and live in Kerry for the duration of the season, which is a big change from last season.

“These things don’t come into it. It’s about what best’s for Kerry football" - Éamonn Fitzmaurice on he and Paul Galvin being brothers-in-law

“His body, physically, is in a very good position, having had a year removed from the extremes of inter-county Gaelic football.

“So, after discussing it, Paul wanted to have a go, it’s good from our point of view that the squad is being strengthened a bit further, and there’s another bit of competition there as well, which is no harm.”

However, Galvin’s return has not been universally welcomed, with, RTÉ Gaelic football analyst Pat Spillane saying that Galvin has made a "major mistake" by coming out of retirement.

"The bottom line is I think, personally speaking, that it's a major mistake," Spillane told the Irish Independent.

Spillane said that Galvin's age (35) and declining speed would count against him.

"I think it's going to be a distraction. I think it'll put awful pressure on [Fitzmaurice].

"He's a maverick, an independent man. He was a brilliant servant to Kerry. He was a warrior. I hope it works out but I have a bad feeling."

The eight-time All-Ireland winner also referred to his own direct experience of players staying on too long with Kerry.

"The history of politicians and sportsmen normally end in failure and getting the last hurrah right is a very difficult decision. Most sports people get it wrong," he said.

"It was the only failing that Mick O'Dwyer had as a manager. Micko managed us to eight All-Irelands but he thought there was one last hurrah in us.

"The hardest year we ever trained was the last year. Old fellas. It was the last thing you should be doing because all our energy was left on the training field and we were good for nothing. We were destroyed in the Munster Championship by Cork." 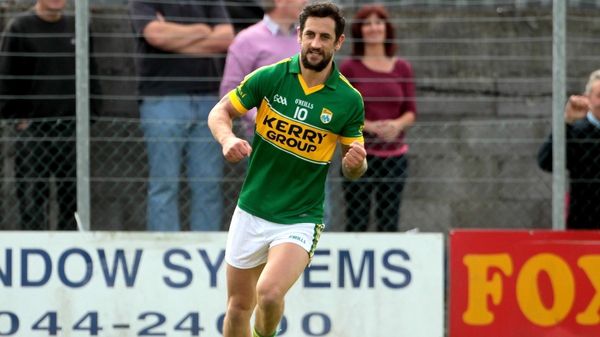