Slaughtneil hero Christopher Bradley admitted he thought his side's prospects of provincial glory had slipped away before their stirring comeback victory over Omagh in the Ulster Club SFC final.

"But we regrouped at half-time and got everything sorted and we had a great second half.

"Omagh, fair play to them, they'll be back here I'm sure. They're a very, very good side."

"It's not something you think about. You get the ball and you just do what you do in training," said Bradley.

Salughtneil have won the county Derry hurling-football double and Ulster title so far this year and are now just one game away from a St Patrick's Day appearance at Croke Park.

They will face Munster victors Austin Stacks in the All-Ireland Club SFC semi-final on 14 February.

"It's unbelievable," said Bradley. "This club means everything to everybody in the parish.

"This year is Slaughtneil's year. 2014 will always be remembered as a great year for the club.

"It's brand new territory for us. We've never been here before so we'll just take it one step at a time from here on in.

"The next aim is to get to Croker so we'll try our very best." 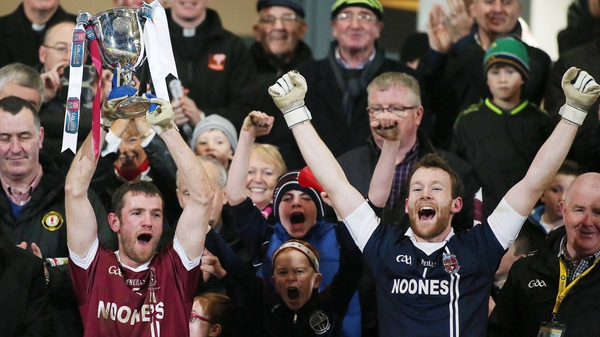